Guardiola: ‘We were back like we were two or three seasons ago’

Both sides come into the tie in terrific form, with United able to go three points clear of Liverpool at the top of the Premier League if they win their game in hand. Since being knockout out of the Champions League by RB Leipzig, Ole Gunnar Solskjaer’s side are unbeaten in their last seven matches and defeated Everton 2-0 in the quarter-finals to secure their place in the final four. They will be without striker Edinson Cavani, though, who is still serving a three-match ban as United aim to win their first piece of silverware under Solskjaer.

Meanwhile, City are finally beginning to resemble the team of old that dominated English football. Pep Guardiola’s side are unbeaten in 11 matches and have clawed back to within four points of Liverpool and still boast two games in hand. However, City have been rocked by a coronavirus outbreak that saw their fixture against Everton postponed and their training ground closed. Ederson, Gabriel Jesus, Kyle Walker, Ferran Torres and Eric Garcia were all absent from the matchday squad for City’s terrific victory over Chelsea last time out, while the club confirmed earlier today that Scott Carson and Cole Palmer have now also tested positive for the virus. Follow all the action live below:

Both sides make two changes to the teams that started last time out in the Premier League.

For United Ole Gunnar Solskjaer brings Dean Henderson back in goal with Victor Lindelof taking his place next to Harry Maguire as Eric Bailly drops out.

Pep Guardiola switches up his midfield bringing Fernandinho in for Rodri and Riyad Mahrez for Bernardo Silva.

SPURS CAN THRIVE IN FINAL WITH JOSE ON BOARD

If United win this evening, they’ll come up against their last coach, Jose Mourinho, in April’s final.

But whomever Tottenham face in the showpiece match, here’s how Spurs can benefit from the presence of a manager so accustomed to winning silverware.

United are without Edinson Cavani who is two games into a three match ban, whilst Victor Lindelof should be available.

City have more problems. Forward Ferran Torres, goalkeeper Ederson and centre-back Eric Garcia are all out due to testing positive for coronavirus. Kyle Walker and Gabriel Jesus also tested positive but may be available after a period of isolation.

In case you missed it… Spurs were 2-0 winners against Brentford last night in the Carabao Cup’s other semi-final.

Moussa Sissoko and Son Heung-min netted as Tottenham reached the final of the competition – set for late April – the same competition in which they won their last trophy.

Can they end their 13-year wait for silverware against either Man United or City?

This fixture last season was played over two legs with City triumphant in the first leg, winning 1-3 at Old Trafford, before United took the second leg 0-1 at the Etihad with City ultimately progressing to the final.

Tonight’s match is a one-time deal meaning we’ll have extra time and penalties if it’s all square after 90 minutes. 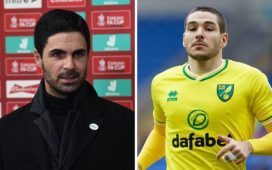 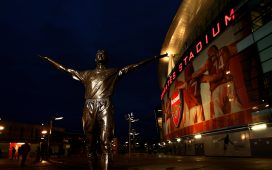 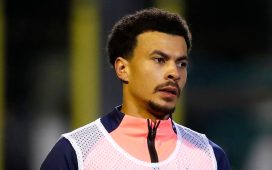 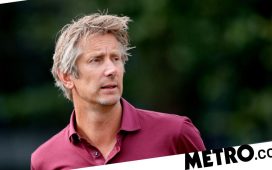 The Fiver | No goals, no fun and six minutes of Divock Origi