That optimism could lead to a busier January than was once expected with money available should the right target or targets reveal themselves. Bayern Munich left-back David Alaba is among the potential new recruits, and Ecuadorean midfielder Moises Caicedo is another such name. Summer signing Amad Diallo could join both in Manchester this month with his paperwork finally set to be resolved. Serie A side Atalanta were keen to keep hold of him until the summer but the suggestion is he could be on his way to bolster Solskjaer’s title challengers imminently.

We will have all the latest Manchester United news, rumours and gossip – on both comings and goings – throughout the day.

Matej Kovar has been recalled by United and will return from his loan spell at League One side Swindon Town.

The 20-year-old was certainly tested in the third tier, conceding 41 goals in 20 appearances for the struggling Robins.

According to the Swindon Advertiser, “too many costly performances and a lack of confidence in his ability from Town’s management ultimately saw his time in Swindon end prematurely”.

Atalanta coach Gian Piero Gasperini appears to have all but confirmed Amad Diallo’s move to Manchester United, despite admitting to “difficulties” in negotiations between the clubs.

The 18-year-old was signed for £37m in October but failed to secure a work permit and was sent back on loan to the Serie A team.

But there have been suggestions that he could be on the verge of joining up with United.

“There seemed to be transfer difficulties but as soon as they are unlocked the player clearly goes to Manchester United,” Gasperini told Corriere dello Sport.

“It is clear that he is going to Manchester United, but he could still remain here for a few months with us. I like him a lot, he’s only 18. I’d like him to stay until June, obviously it depends on his club.”

We’ve taken a look at some of the likely transfers in the Premier League which could decide the title, Champions League qualification and the relegation battle.

There have been suggestions that the Dutchman is unhappy about his lack of game time following his summer arrival from Ajax.

“Donny has played well when he’s got the chance. I think we are too quick sometimes to jump on that if he isn’t playing, that it is a failure,” Solskjaer said.

“Victor [Lindelof] and Fred are good examples in my team that it takes a little bit of time and now they are massively important players in our squad and in our team and it will be the same with Donny. He has come in and is in a midfield pool of players with quality, challenging with Bruno [Fernandes], Juan [Mata], Jesse [Lingard].

“I’ve got loads of no.10s and loads of centre-midfielders with Paul [Pogba], Nemanja [Matic], Scott [McTominay], Fred. There are many of them and Donny has played well when he’s got the chance and that is a big thing, that you are ready.

“He is always ready, he works hard in training, [is] positive and he will make differences in many games for us this season, but he’ll grow more and more even for next year.”

United have rekindled their interest in Juventus forward Paolo Dybala, according to Tuttosport.

The report claims United are ‘back in’ for the Argentina international, with a potential part-exchange deal involving Paul Pogba on the cards.

Dybala, 27, is out of contract at Juventus next year and United want to capitalise on the uncertainty surrounding his future.

United could let as many as six players leave the club this month as Ole Gunnar Solskjaer looks to trim down his squad.

The Sun claim that Sergio Romero, Phil Jones, Marcos Rojo, Jesse Lingard and Dan James are all available, while Brandon Williams will be loaned out.

United have been warned that they are not alone in their pursuit of midfielder Moises Caicedo.

Independiente del Valle’s general manager, Santiago Morales, has revealed that other clubs are interested in the highly-rated teenager.

“There is another club interested in England and also a team from the five top leagues in Europe,” Morales told Machdeportes.

“We have two strong teams from Europe interested in him, without reaching any understanding yet. But we hope their negotiation will be prompt.”

Ole Gunnar Solskjaer has explained the thought behind the addition of Darren Fletcher to the club’s coaching staff.

The former United midfielder was brought in earlier this week after impressing in his work with the Under-16s.

“Yeah, I thought Michael [Carrick] and Darren should play in midfield for one of these big games!” Solskjaer told the club’s official website. “No, it’s good to have him back.

“Fletch has been very important for this club for many years. I’ve known him since he was a young boy coming through as a 16-year-old and [former assistant] Mark Dempsey, he’s moved down to the Academy helping out there more.

“We had an opening, an open spot and with Darren having been away for a few years I thought it was important that we brought him in, because he’s got very many good opinions and ideas about football and I thought he’s been in with the [Under-]16s, starting his coaching.

“We felt it was right bringing him in now.” 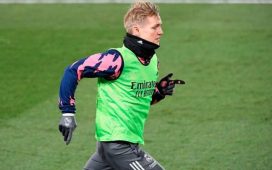 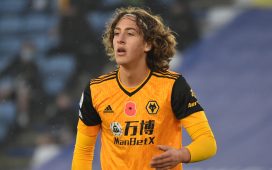 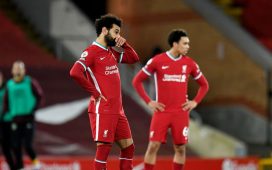 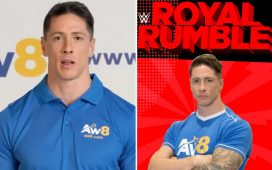 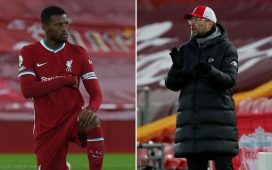 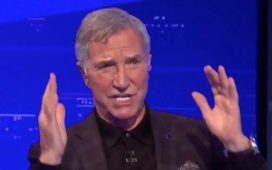