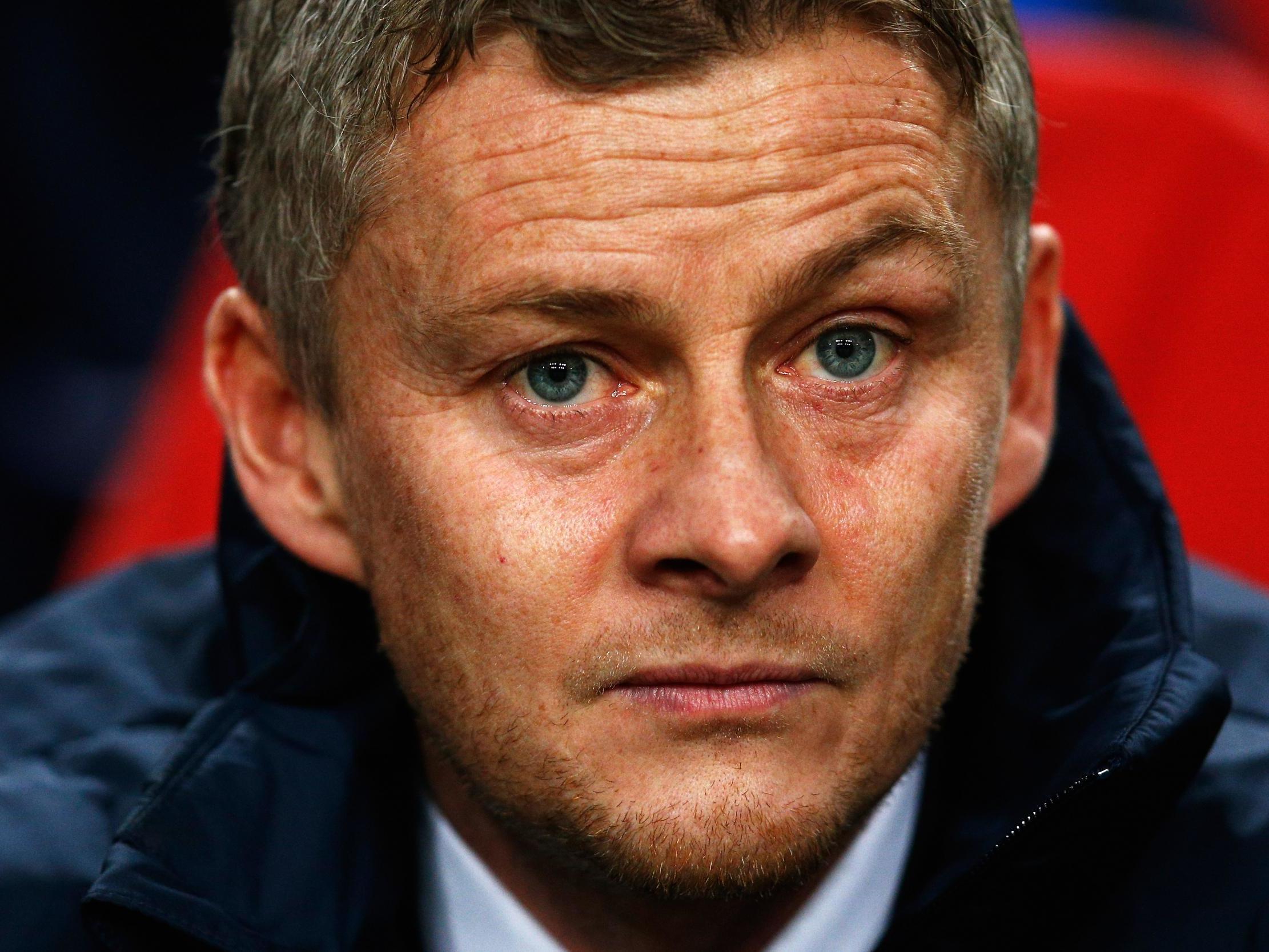 Ole Gunnar Solskjaer has been appointed as Manchester United‘s next manager.

Jose Mourinho was sacked after two-and-a-half years in charge on Tuesday morning after a disappointing start to the season with the 3-1 Premier League defeat to Liverpool on Sunday proving the last straw. Solskjaer takes over as caretaker boss alongside former assistant Mike Phelan with the club considering their options for the long-term successor.

We will have all the latest from Old Trafford right here so don’t touch that dial.


This is how long United have Solskjaer for.


Now Solskjaer can really begin. He’s been given the royal seal of approval.

Speaking on the Molde website, Solskjaer has backed his first-team coach Erling Moe to hold the fort while he was gone, and thanked his employers for allowing him to take up the opportunity at Old Trafford.

“In football you never know what can happen,” he said. “We get proof time after time. This is an opportunity I had to take. I am looking forward to leading Manchester United until the summer.

“At the same time, I will follow closely what is happening here at home.”


Molde have confirmed that Solskjaer will return to the club in May, with chief executive officer Oystein Neerland saying they are happy to “lend” their coach to United.

“That Manchester United ask Molde FK to lend the manager is by itself an event, and not least a statement of trust for both Ole Gunnar and Molde FK,” Neerland said.

“We are happy to lend Ole Gunnar, we wish both him and the club a success.

“This is a big opportunity for Molde FK, we think it will be developing and helping to put Molde FK further on the football card.”

Solskjaer’s first game in charge will be Saturday’s trip to former club Cardiff.

He managed the Bluebirds between January 2014 to September 2014, failing to stop them being relegated from the Premier League.

Solskjaer won just nine of his 30 games in charge, losing 16 and drawing five.

Meulensteen added that bringing in Mike Phelan as first-team coach would be crucial to helping Solskjaer be successful in the role.

“That’s massive,” he said. “Mike has been with the club a long, long time, as a player and then as assistant manager.

“He will be really important to help Ole to steady the ship and more importantly to get a smile back on the faces of the players and get the best out of them.”

Speaking moments before Solskjaer’s appointment was made official, former United first-team coach Rene Meulensteen warned it would be a huge job for the Norwegian.

“It would be a good choice in terms of the fact that they want to bring back some of the spirit that was at United in the time of Sir Alex Ferguson, and Ole Gunnar Solskjaer was a big part of that,” he said on Sky Sports News.

“In that respect I can understand they were looking for a candidate who can live up to those expectations.

“If they do decide for Ole and Ole decides to accept then again it is a big ask for everybody. But I think in the short term it would be a good choice to make.”


What will Solskjaer bring to Manchester United?

We asked an expert exactly that.

Some great detail in here.


This is very much the real quiz.


The club have also confirmed that Michael Carrick and Kieran McKenna will stay on to work alongside Solskjaer.

Mike Phelan also returns to the club to assist him.


Ed Woodward is delighted with the appointment.

Ole is a club legend with huge experience, both on the pitch and in coaching roles.

His history at Manchester United means he lives and breathes the culture here and everyone at the club is delighted to have him and Mike Phelan back.

We are confident they will unite the players and the fans as we head into the second half of the season.


Here’s what the new man has to say.

Manchester United is in my heart and it’s brilliant to be coming back in this role.

I’m really looking forward to working with the very talented squad we have, the staff and everyone at the club.


And there we have it.


Solskjaer learned a great deal from Sir Alex Ferguson in his playing days and he will be using every last bit of knowledge from the legendary Scot when he finally takes the reins, some seven years earlier than planned.

“I am not ashamed of saying that if I enjoy management and that invitation came in 15 years time I would say yes,” he said ahead of his return to his homeland in 2010. “Everyone who has played for Manchester United dreams about it. Me, Ryan Giggs, Bryan Robson, Mark Hughes.

“More than anything, the last few years have shown me you need experience and you need to be the best to be the manager of Manchester United.

“How the gaffer has handled the club and managed it is a fantastic example to anyone.

“He is the encyclopedia of how to manage and I do daydream about what might happen in 15 or 20 years time when I have the experience.”


It was a wild, wild day yesterday.

This is a must-read from Miguel Delaney on how it all came to be and why, ultimately, it was inevitable from the very moment he was appointed.


Mauricio Pochettino has spoken about his long-term future but as Jack Pitt-Brooke suggests he didn’t go anywhere near far enough.


Have United announced Solskjaer by accident?

In a tribute to the former player, which was posted on the official United website before being later taken down, the club posted a video of Solskjaer scoring in the 1999 Champions League final victory with the headline: ”The most famous night of Ole’s career.”

Underneath that, a caption read: “Solskjaer becomes our interim manager, 20 seasons after clinching the Treble with THAT goal at Camp Nou…”

This comes as Norway’s prime minister, Erna Solberg, tweeted her congratulations to fellow compatriot Solskjaer on landing the United job.

In a tweet that was later deleted, Solberg said: “Great day for Norwegian football. Good luck keeping control of the Red Devils, @olegs26_ole.”


United want Pochettino but as Miguel Delaney notes, it’s far from an easy deal to conclude.


We know what the short-term will look like, but what about the long-term? Well it could be costly.

Manchester United will have to pay Tottenham pay £34 million in compensation if they wish to hire Mauricio Pochettino at the end of this season.

Pochettino signed a new five-year contract at Spurs earlier this year which doesn’t include a release clause meaning the only way United can sign the Argentinian is to buy him out of his current contract worth £8.5m per year.

Real Madrid made Pochettino their preferred candidate after sacking Julen Lopetegui at the end of October, but all approaches by the Spanish giants were swiftly rebuffed by Spurs.

Pochettino refused to dismiss speculation that he could be interested in the United role, which he’s long believed to have coveted, but has a very close relationship with Spurs’ Daniel Levy and is reluctant to leave at a crucial time when the club will begin their first season at the new stadium.

Pochettino also enjoys working with a youthful squad at Spurs, despite being agitated at the club’s inability to make any signings in the previous window, whereas at United he would be plunged into a mire of egos and player power.

Please allow a moment for the blog to load…

Want to bookmark your favourite articles and stories to read or reference later? Try Independent Minds free for 14 days to access this feature.