“All our offensive moments of attacking ended in a foul. You can look at the statistics.”

West Ham boss Manuel Pellegrini became the latest in a line of pundits and managers to point a finger at Manchester City last week, upset his side were fouled 13 times on their way to a 5-0 defeat by the Premier League champions.

Tactical fouling is what the accusers call it – the act of curtailing opposition attacks through well-timed fouls.

Manchester United boss Ole Gunnar Solskjaer, former United boss Jose Mourinho and ex-United defender Gary Neville (there is a pattern emerging here), as well as former Premier League referee Mark Clattenburg, are among those to draw attention to it.

City boss Pep Guardiola has, on more than one occasion, rejected the notion he tells his side to purposefully foul opposition players.

But what exactly is tactical fouling? Are City getting an unfair reputation? And is there actually anything wrong with it?

The art of the tactical foul

The idea of the tactical foul is straightforward – if you give the ball away deep in the opponent’s half, foul someone quickly and stop a counter-attack before it even begins.

It is an approach more likely to be adopted by attack-minded teams who throw a lot of players forward, making them more susceptible to being outnumbered in defence if they give the ball away.

The fouls will generally be soft ones – tugs or trips – to avoid bookings and red cards, and will be committed high up the pitch.

“It’s really old. It’s always been done. You know if you are light defensively you take one for the team. You need to know the right time to do it. It’s done very quickly.”

This is where the numbers come in and we’ll use the entirety of last season to give us a decent data sample.

A quick glance at the total number of fouls suggests City are not constant foulers. They committed 328 fouls last season, with only Liverpool (315) conceding fewer.

But, of course, City and Liverpool dominate possession, meaning they have less time to foul opponents and so should always be near the bottom of the foul list.

So we need to dig deeper. A measurement of every side’s fouls-per-minute when out of possession would be ideal, but possession percentages are not measured by time spent on the ball so the result wouldn’t be a fair representation.

How about the percentage of fouls committed in the opposition half? Now things fall a bit more into place.

Last season, 58.84% of City’s 328 fouls were committed inside the opposition half, the third highest in the Premier League.

Who was highest? Liverpool, with 63.17% of their 315 fouls coming in the opponent’s territory.

Does that mean Man City and Liverpool are both tactical foul experts?

Not necessarily, because both teams use a high-pressing approach, regardless of whether they have just given the ball away or not.

Who fouls quickest after losing the ball?

Now, if we’re taking the definition of a tactical foul to be one that is committed soon after giving the ball away – surely that’s what we need to be looking at?

And thanks to some big-time number crunching from data analysts Opta, we can do just that.

On average last season, Man City’s fouls after giving the ball away came 8.3 seconds after the ball was turned over. Only Arsenal’s 8.2 seconds was quicker.

That would back up the claim that City are keen to quickly commit a foul after surrendering possession.

But Liverpool also fouled, on average, 8.3 seconds after coughing up the ball, exactly the same time as City.

It seems that while City are accomplished tactical foulers, it is unfair to single them out as the only masters of the art, with Liverpool competing for the crown.

Why are City so maligned?

So why are City perceived to be the big offenders?

There is the fact that City coach Mikel Arteta, in a documentary, was heard telling his players: “If there is a transition, make a foul.”

But, as Nevin points out, it could also be because the number of players they have forward makes it look like City are in more jeopardy when they concede possession, making their tactical fouls more stark.

“It looks more clear with City because of the number of players they send forward. It will be quite a clear and obvious foul. It just looks a certain way,” said Nevin.

“From the side it just jumps out at you. They attack with bigger numbers and then might be outnumbered and it might be five on four.

“It’s utilising the rules to the best of your ability. I don’t know any team that hasn’t done that.

“If I was playing and we were four on two and I didn’t take the foul, my manager would be furious. It’s instinctive and intuitive.”

One aspect to keep an eye on, though: Manchester City averaged 8.63 fouls a game last term, but with 27 fouls conceded after two games this season (only Sheffield United have more), that average is currently 13.5 per game, compared to Liverpool’s 7.5.

They might just be two anomalies early in the season, or maybe City are making a bid to charge clear in the tactical foul championship.

Japan's next restroom revolution? Phasing out squat toilets for Tokyo 2020 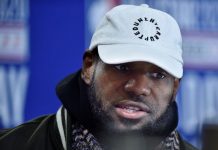 'I don't see a tough fight': Tyson Fury cranks up war of words with Wilder