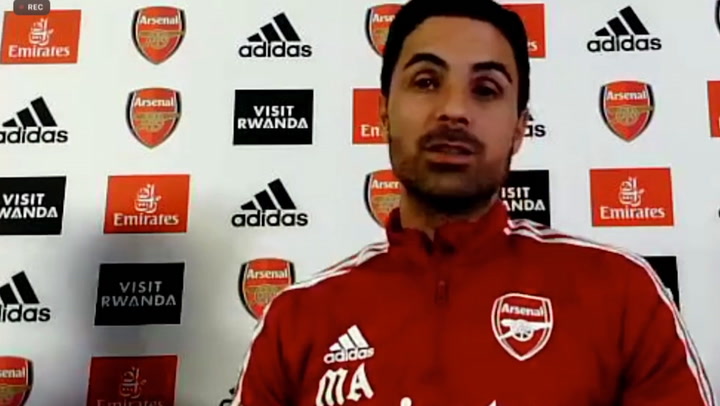 Arteta responds to being named September’s manager of the month

Liverpool icon Jamie Carragher has claimed that Manchester United will “always be a bigger club than Arsenal ” after he was accused of not giving the Gunners enough credit for their recent performances.

Mikel Arteta’s Arsenal side started the season in disastrous fashion, losing their first three fixtures, scoring none and conceding nine in the process.

However, the tide has begun to turn at the Emirates, with 10 points from their last four games including an impressive 3-1 win over fierce rivals Tottenham Hotspur.

The four-game unbeaten run has lifted Arsenal off of the foot of the table and into 11th, which while still some way off where they want to be, is a drastic improvement on the season’s opening exchanges.

Speaking on Sky Sports’ Overlap show, Carragher explained how Arsenal can go back to their former glories and establish themselves as title challengers once again.

“You look at the team’s challenging for the league now and that’s where Arsenal are trying to get to, you need world class players,” the Anfield favourite said.

“They have two or three young players, [Emile] Smith Rowe, [Bukayo] Saka and [Martin] Odegaard – they’re not world class but they have the potential to be special.

Carragher was then grilled by Arsenal fan Pippa Monique, who claimed the pundit fails to give Arteta’s side the credit she feels they deserve.

“Is that why you think Arsenal don’t get enough credit because there is not enough big names in the team, not enough star-studded names that United and City have?” she asked.

“Why are you obsessed about Arsenal not getting enough credit, what is it you want?” Carragher asked, before Man Utd legend Paul Scholes interjected: “You don’t get credit because you haven’t got a very good team.”

The member of the Arsenal faithful then asked: “You mentioned United at the top of the show, but you didn’t mention Arsenal, what makes United a big team and Arsenal not?”

Carragher then proceeded to deliver the hammer blow that will hurt all Gunners fans, claiming: ” Manchester United will always be a bigger club than Arsenal, and they’re a better team right now.”

HAVE YOUR SAY! Will Man Utd always be a bigger club than Arsenal? Comment below.

Arsenal and Man Utd are currently in contrasting form, with the latter taking just one point from their last two league games – both at home.

A dramatic 1-0 defeat at home to Aston Villa was then followed by a dismal 1-1 draw with Everton.

An away trip to Leicester City awaits Man Utd next, while Arsenal welcome Crystal Palace to the Emirates on Monday night. 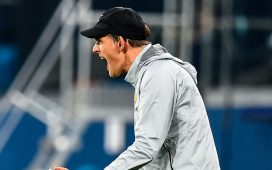