Who said the FA Cup was dead?

It’s been some weekend in the world’s oldest and greatest competition, with a host of shocks and drama across 31 ties.

And we’ve a Monday night treat for you now to top it off.

The final tie of the round comes from Old Trafford, where Ralf Rangnick’s side welcome Steven Gerrard’s Aston Villa.

The hosts will be keen to banish the memory of last week’s meek surrender to Wolves, their first defeat on home soil since early November.

Villa came to this ground and won early on in the season, but there are two different managers in the dugouts this evening.

A place in the fourth round is the prize tonight, with Championship side Middlesbrough the potential opponents.

With team news imminent from Manchester, let’s get this show on the road as we build-up to a 7.55pm kick-off. 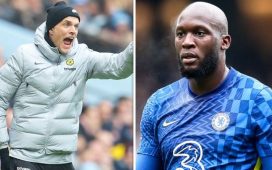