Manchester United continue to be linked with a host of ins and outs during the January transfer window, with Anthony Martial expected to leave and Ralf Rangnick keen to sign a midfielder

With fewer than two weeks until transfer deadline day, time is running out for Manchester United to do business in the January window.

The Red Devils have been all over the back pages this month but no major signings have been made, while a single senior player is yet to leave the club.

Interim manager Ralf Rangnick is reportedly targeting a midfielder, but knows United will have offload talent before they are able to acquire any new stars who could help turn their season around.

Join the debate! Who should Man Utd sign in January? Give us your picks here.

Anthony Martial is reportedly in contact with Juventus over a move.

Sky Italia, via Get Football News Italy, say that the French striker has been a long-time target for the Serie A side, with talks now ongoing between the two parties.

Martial wants to leave Old Trafford and would be open to a loan deal this month, but the Red Devils have already rejected Sevilla‘s proposal due to the terms of their bid.

And the 26-year-old himself is said to have snubbed offers from Newcastle United and Tottenham Hotspur, with his preference to leave England.

According to multiple reports, United would only let Martial leave if Juventus pay his full salary for the rest of the season and cough up a loan fee.

Having faced Aston Villa twice in six days this month, midfielder John McGinn has emerged as an option at Old Trafford.

Previously linked in the summer of 2019, the Telegraph claim that Red Devils technical director Darren Fletcher and none other than Sir Alex Ferguson have been impressed with their Scottish compatriot’s leadership qualities and tenacious style of play.

But McGinn is said to be valued at £40million by Steven Gerrard‘s club, who are reluctant to let the 27-year-old go after selling one another of their best players last summer, Jack Grealish, to Manchester City.

McGinn is a target for Man Utd
(

Another player who has long been linked with a move to the red side of Manchester, Ousmane Dembele has now been offered to the Red Devils and Newcastle.

Spanish outlet Sport, via Sport Witness, report that cash-strapped Barcelona are willing to cash in on the France international, as he is “light years” away from signing a new contract, rumoured to have asked the La Liga giants for a salary worth an incredible £700,000-a-week.

Man Utd have been offered Dembele
(

Dembele will leave the Camp Nou for free in June if he does not agree a new deal, so Barca have proposed a £16.6million sale in January with the hope of recouping some of the £135.5m they paid Borussia Dortmund for his services in 2017.

The 24-year-old could reportedly be ‘seduced’ by a Premier League switch, but any club looking to sign him will likely have to pay his eye-watering wage demands. 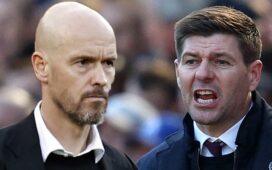 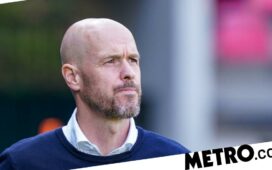