Manchester United fans were treated to yet another semi-final defeat on Wednesday night as rivals Manchester City knocked them out of the Carabao Cup.

It is the fourth defeat at that stage of a competition for Ole Gunnar Solskjaer since he’s been in charge, never making it to a final as United boss.

United also lost to City last year in the Carabao Cup and also suffered semi-final defeats to Chelsea in the FA Cup and Sevilla in the Europa League.

While significant progress has indeed been made under Solskjaer there’s no doubt that this United squad needs more to go a stage further.

However, in today’s United gossip round-up it appears it’s all about the outgoings.

For all the good Solskjaer has done in transfer windows United do still have some deadwood.

Phil Jones is one, Jesse Lingard, arguably, is another. The latter recently had his one-year extension triggered.

Well, according to 90min, Steve Bruce is keen on bringing both, plus Brandon Williams, to Newcastle.

All three would be on loan moves.

Another who could fall into the deadwood category, Andreas Pereira is currently on loan at Lazio.

The 25-year-old has only made 15 appearances, with the vast majority coming from the bench.

According to La Lazio Siamo Noi, Pereira is considering asking to have his Serie A spell terminated.

The Brazil international wants more game time and could ask to switch clubs to find what he wants.

It seemed like Moises Caicedo’s move to Manchester United was a forgone conclusion before Christmas but now there are various reports stating he’s had offers from plenty of clubs.

According to Ecuadorian journalist Marco López Castillo, the highly rated 19-year-old has indeed received two other offers from the MLS.

However, it is reported that Caicedo wants to fulfil his dream at United. 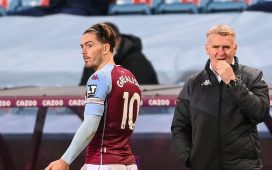