Ralf Rangnick has revealed the dispute over whether or not Anthony Martial refused to be selected for the Aston Villa game has now been resolved.

The pair hashed things out over the weekend and Martial’s now back training after missing the last few sessions.

But despite smoothing things over with Rangnick, the French winger’s reportedly intent on a move away from Old Trafford – although he doesn’t want to join another Prem team.

Newcastle, Sevilla and Juve are all interested in signing the 26-year-old, but Juve aren’t willing to meet United’s transfer demands in order to complete a transfer.

When asked about Martial by Football Italia, Juve’s director scoffed: “Not at those figures, no. We aren’t even going to discuss it at certain figures.”

Meanwhile, even though Rangnick looks set to lose Martial, the German’s certain he can rely on Paul Pogba’s services until the end of the season.

Rangnick revealed he had a long chat with the midfielder who confirmed he’ll remain with the club until the season ends.

And United fans may get to see the 28-year-old French talisman in action soon, as according to Rangnick, he should be match-fit in two weeks time.

Finally, the Red Devils will have to see off Brentford tomorrow without the help of Ronaldo who didn’t travel with the squad to London for the Prem game. 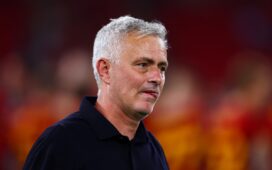