Former Lyon manager Rudi Garcia will be responsible for extracting the best from five-time Ballon d’Or winner Cristiano Ronaldo if he joins Manchester United on an interim basis in the near future. Garcia has reportedly been shortlisted by the Red Devils as an option to replace Ole Gunnar Solskjaer as the club’s new manager until the end of the season.

The 57-year-old has previous experience in charge of Lille, Marseille and Roma and most recently worked at Lyon before leaving the club over the summer.

United are believed to have already discussed the possibility of appointing Garcia on a short-term contract before chasing a permanent manager ahead of next season.

The Red Devils have been strongly linked with a move for Paris Saint-Germain boss Mauricio Pochettino in the days following Solskjaer’s departure.

However, it seems as though PSG are unwilling to let him leave in the middle of the season, potentially forcing United into landing an interim boss for the rest of the campaign.

Garcia is said to be among a number of options under consideration, with the likes of Ernesto Valverde and Ralf Rangnick also believed to be in the frame for the role.

If Garcia is eventually appointed by United, he would be tasked with keeping Ronaldo firing on all cylinders after the latter’s strong start to the season.

The Portuguese icon has already scored 10 goals in all competitions and was on target to help the Red Devils beat Villarreal in the Champions League on Tuesday evening.

Garcia has already made it clear that he is a huge admirer of Ronaldo by waxing lyrical over the forward after Lyon’s victory over Juventus back in 2019.

The French heavyweights managed to knock the hosts out of the Champions League by digging their heels in after Ronaldo scored two goals either side of half-time.

“We came up against an opponent who has an extraterrestrial in its squad,” said Garcia after the full-time whistle.

The French boss also described Ronaldo as one of football’s generational talents before Lyon went up against Juventus in the first leg of their Champions League knockout stage clash.

“He is obviously one of the best players in the world, therefore it’s good to see him in action against us,” explained Garcia.

“Even if we have to try to limit the damage he usually causes to his opponents. But we can’t have a plan just against Ronaldo.

Meanwhile, it remains to be seen whether Garcia will eventually take over at United as the Red Devils look to revive their fading hopes of a top-four finish in the Premier League over the coming months.

He has already played down reports linking him with the vacancy at Old Trafford, insisting before Manchester City’s win over PSG on Wednesday evening that he is not concerning himself with the speculation.

“I’m already there in Manchester,” joked Garcia. “I’m here to comment on a very good game between Manchester City and PSG.

“In all seriousness, I don’t usually comment on rumours in my career. I won’t say anything about it.

“Manchester United are one of the biggest clubs in the world. I neither confirm nor deny anything.” 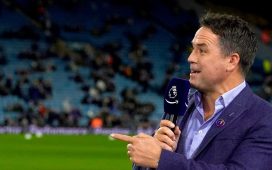 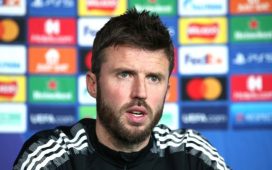 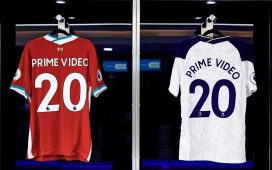 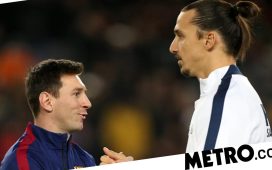