The Norwegian boss has made Borussia Dortmund’s Jadon Sancho and Leicester’s James Maddison his primary targets for next summer, according to ESPN .

They report that Newcastle’s Sean Longstaff also remains on Solskjaer’s wish-list, along with Bournemouth’s Callum Wilson.

Solskjaer is aware the club would have to break the bank to land both Sancho and Maddison, with the former valued at over £100m by Dortmund, and the Foxes slapping an £80 million price tag on their star midfielder.

Stoke City’s Irish youngster Nathan Collins has also been earmarked as one for the future, with the 18-year-old impressing in the Potters defence this season.

Solskjaer is continuing to focus on youth as he develops his squad, with the early performances of summer signings Aaron Wan-Bissaka and Daniel James convincing him that is the way forward.

United wanted to sign Sancho in the summer, but their failure to qualify for the Champions League left them in a weak bargaining position and Dortmund were able to rebuff their approach fairly easily.

Dortmund’s sporting director Michael Zorc said that the club were not open to selling, and Sancho was not looking to leave.

Any approach for the winger next summer is only likely to be successful if United finish in the top four, or better Dortmund’s campaign this season.

Maddison remains a more realistic prospect, unless Leicester can upset the odds and finish above United in the table, while a move for Longtaff seems to be a matter of time, with the Red Devils persistently linked with a £25 million move for the youngster.

Wilson is a more interesting proposal, given he is under contract until 2023 and has a less than attractive injury record, particularly as Bournemouth are not likely to accept anything less than in the region of £50 million for his services.

United have moved to tie David de Gea down to a new contract in the meantime, with the Spaniard committing to the club until 2023.

The 28-year-old’s previous deal was due to expire at the end of the current season, causing speculation to mount over his future.

But de Gea has now extended his stay at Old Trafford, penning a deal worth a staggering £375-a-week. 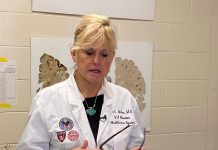 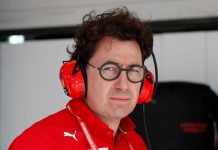