Leicester are moving closer to tying down in-demand James Maddison on a bumper long-term deal in the New Year to keep him out of Manchester United’s clutches.

And the high-flying Foxes are also making progress in talks to reward key defender Caglar Soyuncu on a new contract too.

Leicester have lost stars in the past including Harry Maguire to Manchester United , Riyad Mahrez to Manchester City and N’Golo Kante to Chelsea.

But they are working hard behind the scenes to keep their current young exciting side together after their storming season so far.

Last week they secured the future of boss Brendan Rodgers on a new contract until 2025 worth £40million amid interest from Arsenal.

Now they have turned their attentions to tying down Maddison and Soyuncu who have both helped the second-placed Foxes set a new club record of eight League wins on the spin.

Maddison’s form earned him an England debut as sub last month as his reputation continues to soar.

The attacking ace, 23, has five goals and three assists in the Premier League this term after continuing to improve since a £22million move from Norwich in June 2018 on a five-year deal.

The deadball specialist was on fire in Sunday’s 4-1 thrashing at Aston Villa and is set to see his £60,000 salary rocket.

While Turkish international stopper Soyuncu, 23, has barely put a foot wrong since stepping up from the fringes to replace Maguire after his big-money summer move to United.

He has started every League game this season and is under contract until 2023 after signing from Freiburg for £19m in August 2018.

But Soyuncu is in line for a better pay deal to reflect his status as a first team starter as Leicester look to secure his future amid reported interest from bigger Premier League rivals.

Leicester return to action at home to strugglers Norwich on Saturday before an EFL Cup tie away at Everton and a trip to Manchester City.

Their next game is then a Boxing Day visit from unbeaten leaders Liverpool which is already attracting a huge worldwide interest with 17 international broadcasters due to report live from the game.

Joao Felix & Antoine Griezmann: Meet the lender behind the some of football's biggest transfers 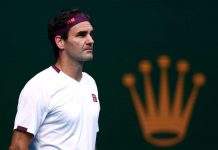 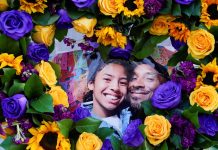