Former England midfielder Carrick then stunned supporters by walking away from the club altogether, saying he is looking forward to watching football as a fan again.

Meanwhile Ralf Rangnick has given his first interview as manager.

And SunSport can reveal that New York Red Bulls boss Gerhard Struber has been approached to become Rangnick’s assistant.

The Austrian is best known in the UK for working wonders at Barnsley, where he led the Tykes to a miracle escape from relegation in 2019/20.

And police in Italy could question Cristiano Ronaldo over possible irregularities in his transfer from Juventus to Man Utd.

Get all the latest Man Utd transfer news, gossip and updates here. 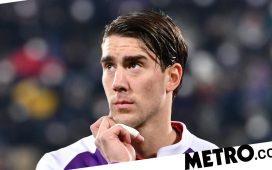