Manchester United still have a forgotten transfer clause active regarding former player Wilfried Zaha. The Ivorian international joined the Red Devils from Crystal Palace before returning to Selhurst Park in 2015.

The winger recently put his old club to the sword in United’s Premier League opener at Old Trafford.

Zaha was on target twice for the Eagles who ran out 3-1 winners against Ole Gunnar Solskjaer’s side.

While his performance saw many United supporters query whether the club have a buyback clause, it was former manager Louis van Gaal who decided against the ploy five years ago.

Ed Woodward did in fact negotiate a 25 percent sell-on clause though, meaning United will net a significant chunk of any potential transfer fee in the future.

The offer was some £18m below Borussia Dortmund’s £108m vacation of the player.

Money is more precious than ever this summer as clubs combat the financial implications of the COVID-19 crisis.

It now looks like Zaha will stay at Palace for another season and given he turns 28 in just over a month, time is running out to leave south London.

That extra injection of cash would have been welcomed by the United board this summer as they look to find a solution in their bid to sign Sancho. 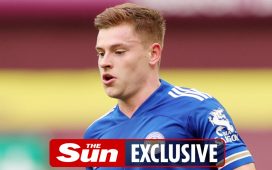 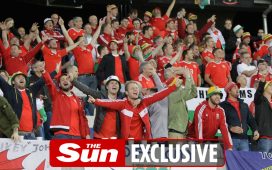