Eagle-eyed Manchester United supporters noticed that Anthony Martial handed the ball to Marcus Rashford ahead of his missed penalty against Crystal Palace .

There has been confusion recently over who is United’s designated penalty taker, with Rashford and Paul Pogba appearing to argue over who would take the spot-kick won during their 1-1 draw with Wolves on Monday night.

Pogba won out on that occasion, but missed his penalty, and this time Rashford seemed determined to take responsibility after Scott McTominay was tripped in the box.

After Paul Tierney awarded the penalty Martial immediately sprinted to get the ball and hand it to Rashford, appearing to signify that he, and maybe the rest of the United team, believe the England international should be taking penalties.

He hit the post from the spot, however, and this turned out to be crucial as, despite Daniel James equalising, United went on to lose the game 2-1 thanks to a late Patrick van Aanholt winner for the Eagles.

Manager Ole Gunnar Solskjaer showed his support towards both Rashford and Pogba following their recent misses.

Speaking after the game he told Match of the Day : “Two games, two missed penalties. It’s part and parcel of it. Sometimes it happens. I have missed a few myself.

If we score them it’s a different story. If we keep putting ourselves in those positions we will get more penalties and we will score. It is just one of those things. We trust them to score again.

The Norwegian boss previously indicated both Rashford and Pogba would share penalty-taking duties, but he has been criticised for this, with some arguing it simply causes more confusion and demonstrates a lack of leadership.

United will look to get back to winning ways having failed to do so in their last two games when they take on Southampton in the lunchtime kick-off next Saturday.

'Let the ref decide, not somewhere in Heathrow' – managers back pitchside monitor use

Callum McGregor eases Hoops past Partick and into fifth round 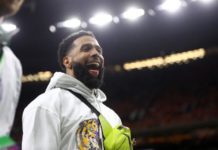