Ole Gunnar Solskjar is in agreement with Liverpool boss Jurgen Klopp over the Premier League’s decision to change the permitted numbers of substitutes. Following the league’s restart after its coronavirus-enforced hiatus, clubs were permitted to name nine substitutes and utilise of five those subs.

That rule changed ahead of the new campaign, with the majority of Premier League clubs voting against the five-subs ruling.

Given the hectic and shortened nature of the season – especially for those teams competing in Europe – Klopp was eager for the rule stay in place.

The German said: “So, it’s about we compress a normal season in a shorter period, which will be a proper challenge, especially with the wonderful rule we set up with 18 [players in the squad] and three [substitutes to make] pretty much.

“It’s only about player welfare, by the way – I wanted to say that, nothing else, but I don’t know why we have to discuss this at all.

“Because we have to look after the players and think about the players.

“This season is the most demanding season of all.

“I can see the point why clubs voted against but if you take a step back and think about these professional footballers and their mental and physical health, I think the only sensible solution would have been to give us the opportunity to rest a few more.

“We have already seen loads of injuries in the Premier League. Pep has spoken about it. We as managers, as clubs, as medical staff, we have to look after them.

“That’s why we have to rest players at certain times. I would have liked to have had five subs.”

Manchester United will be back in action on Sunday evening, welcoming their top-four rivals Arsenal to Old Trafford. Defending Premier League champions Liverpool, meanwhile, will welcome West Ham to Anfield on Saturday evening. 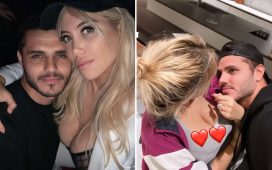 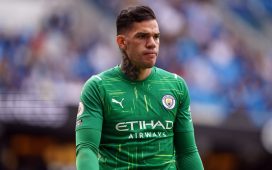