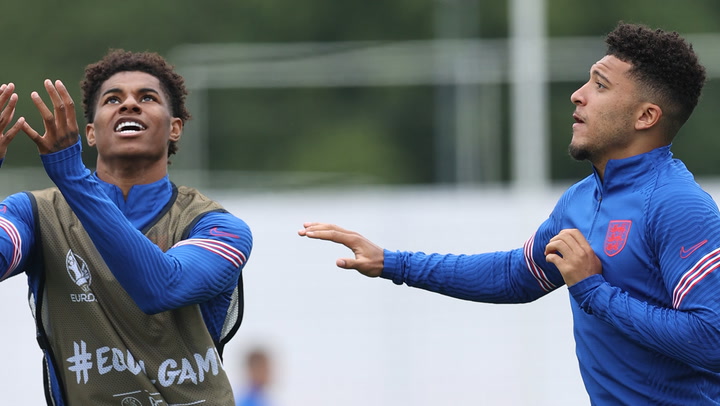 Manchester United and Leicester City are embroiled in a transfer battle for Scottish prodigy Kerr Smith which is set to intensify with details of the teenager’s release clause emerging.

Smith, 16, has come through the ranks at Dundee United and made his first handful of Scottish Premiership appearances last season.

The gifted centre-back previously trialled or spent time with the likes of Manchester United, Chelsea, Everton and Aston Villa, while he has also attracted attention from clubs on the continent.

Smith signed his first professional contract in December, with Dundee United including a clause to put themselves in a strong position amid interest in their starlet.

The defender has made five senior appearances for Dundee United
(

The Tannadice club inserted a £500,000 release clause which will only increase as Smith builds on his five senior appearances to date, according to the Daily Record .

As such, Dundee United boss Tam Courts is not concerned about the teenager’s situation even through Leicester and the Red Devils are circling.

Courts worked with Smith as a coach in the academy last year before he was promoted to first-team head coach in June.

“I’m fully aware of Kerr’s contractual situation,” he said. “As part of my previous job at the club, I know that he’s a player in high-demand.

“He spent time down at Everton and Manchester United last year so naturally he has a high profile for a 16-year-old footballer.

“We are pretty comfortable with the clauses in his contract and it’s linked to first-team appearances which we feel are achievable.

“We feel that we are in control in regards to his market value and we aren’t nervous about the situation.”

Smith – who has two years remaining on the contract he signed in December – made his senior debut off the bench in a defeat by Rangers in February.

Should Kerr Smith continue his progress at Dundee United or look to move to the Premier League? Comment below.

The Scot started for the first time two months later, in a 3-0 loss to Kilmarnock, and Courts is confident he is happy with his development at Dundee United.

Addressing interest from Leicester specifically, the Tangerines boss added: “I’ve not spoken to him specifically about this.

“The great thing about our model is that I can focus on coaching, managing and developing a relationship with Kerr.

“I’ve known him for quite some time so if he ever needs advice then he knows that he can come and get that impartial advice from me.

“He’s been at our club for such a long period of time and Kerr knows that we have his best interests at heart – we will do what is best for Kerr and the club.

“It’s just business as usual for now and it’s all about working with him, trying to improve him and giving him the best chance possible to compete for a first-team place.”