RB Leipzig could be the surprise destination for sought-after striker Erling Haaland, due to their relationship with his current club RB Salzburg.

The 19-year-old has been in incredible goal-scoring form this season, netting 26 times in just 18 games for Salzburg, including seven in four in the Champions League.

Unsurprisingly, the teenager has caught the attention of many of the biggest teams across Europe, with Manchester United and Manchester City both credited with having an interest in the prolific forward.

The Red Devils were thought to have an advantage in the race for the young Norwegian as manager Ole Gunnar Solskjaer managed him while they were both at Molde and has a good relationship with the player.

However, another relationship could make the difference, as Salzburg and Leipzig are both owned by Red Bull and they operate as sister clubs.

Players such as Naby Keita and Dayot Upamecano have moved from Salzburg to Leipzig in recent years and Haaland could be the next to do so.

German publication Sport Bild report that Haaland has a clause in his contract that allows Leipzig to buy him for just €30m (£25.7m), which is a lot less than the striker’s market value.

Leipzig manager Markus Krosche said: ‘The boy is a very good player. Both in the league and in the Champions League, he does an exceptionally good job. Of course, we are already looking around for the summer.’

Given the interest in the Norway international, and the financial might of the clubs tracking him, a fee of nearer £80m would be expected if another club were to sign him.

Salzburg may prefer to sell their star man elsewhere, but their owners may have other ideas and take him to Leipzig before selling him on for a huge fee in the coming years.

Bild report that the player’s father, former Manchester City midfielder Alf-Inge Haaland, would prefer his son to move to a club where he is likely to start regularly, and sees Leipzig as good career progression for Erling. 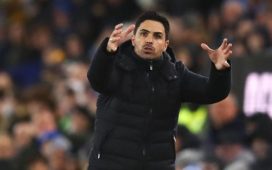 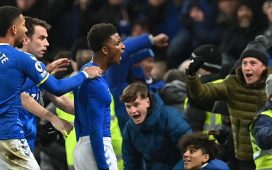 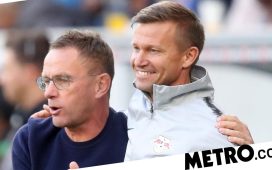