But there will be some concerns after the Portugal captain was forced off injured late in the game.

Emile Smith Rowe put the Gunners ahead early with the most bizarre of goals.

With David de Gea down injured, the midfielder fired the ball into an empty net.

And referee Martin Atkinson failed to blow his whistle before the ball crossed the line so was ordered by VAR to give a goal.

Bruno Fernandes then equalised for the Red Devils on the stroke of half time.

Ronaldo then netted his 800th goal to put United ahead to the delight of the Stretford end before his former Real Madrid team-mate Odegaard instantly equalised.

However a clumsy challenge from the Norwegian on Fred saw the Portugal captain earn a penalty to make it 801 career goals. 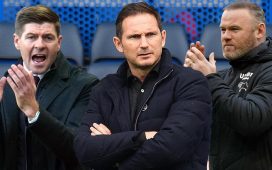