NEWSCABAL > lifestyle > Man pranks his pal by sending ‘will you marry me?’ message on a first date
lifestyle

Man pranks his pal by sending ‘will you marry me?’ message on a first date

You’re having a lovely dinner, the conversation is flowing just as well as the bubbly, then hurrah, dessert comes along.

Except, it has a special message on it. A marriage proposal. And you’re only on your first date.

That can only mean one thing – someone is getting pranked.

In the case of Stephen Durand, he and his date were both being pranked, thanks to his mate Lee McIver.

Stephen was on his first date with the woman when Lee orchestrated a whole proposal, sending a cheesecake to their table with the words ‘will you marry me?’.

Lee called the restaurant, Finsbay Flatiron, in Glasgow, pretending to be Stephen, who works as a roofer, and told staff he was planning to pop the question to his date.

Restaurant workers brought out prosecco and cheesecake on a plate decorated with the all-important question as a friend of Lee’s filmed it from another table.

The baffled date was filmed saying to staff ‘this isn’t ours, 100%, it’s not ours’ as the cake was presented to the table.

The prank cost Lee £140 including giving his friend Michael Docherty £100 to eat at the restaurant so he could film it, and the other £40 covered dessert, booze, and a tip.

Lee, who works as a scaffolder, said: ‘We’ve been laughing about it, about an hour before his date, I phoned the restaurant and pretended to be him and said I was going to propose.

‘The manager said: “We’ll bring out the cake and a bottle of prosecco and dim the lights”.

‘They brought out a candle and the plate and a bottle of prosecco.

‘Stephen was just laughing, the girl was a bit embarrassed, she didn’t think it was for their table at first.

‘I got a friend to go in and film it and paid for his dinner, Stephen doesn’t even know him.

‘He was there with a picture of Stephen’s face. It was £140 for the prank but it was worth it.’

Lee said the girl was not impressed, but his pal had seen the funny side at least.

Email metrolifestylteam@metro.co.uk to tell us more. 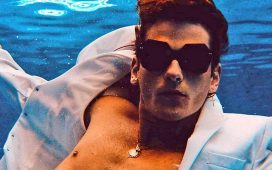 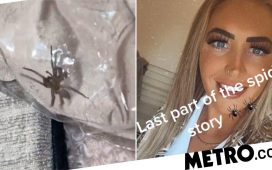