Just when you thought hotdogs on lava couldn’t be topped, along comes a challenger: cooking pizza on a volcano.

A wily Guatemalan businessman has used an active volcano to launch a new food trend – cooking pizzas on a river of lava.

The pictures of Garcia’s adventurous cooking has travelled far and wide on social media, with tourists flocking to the mountain to have a slice and post their own ‘volcano pizza’ snaps.

Guatemala has three active volcanoes, and Pacaya’s eruptions, which first began 23,000 years ago, can be seen in Guatemala City, the capital, 15 miles away.

Pacaya was dormant for decades, but started to erupt frequently in the early 1960s.

The most recent period of activity isn’t too dangerous, with the National Institute of Seismology, Volcanology, Meteorology and Hydrology saying it’s only ‘spewing ash of small-to-moderate size,’ as of May 12.

‘The flow fronts have reached more than 2,300 meters [7,545 feet] distance and are slowly approaching towards the farmland of La Breña on the west.’

Garcia is an accountant for his day job, but has been baking pizzas in the mountain since 2013.

‘When I tasted the flavor of the pizza cooked with the volcanic heat, I said, ‘this is a good idea.”

But as Pacaya began to ramp up in its activity and heat, he shifted his operation to a patch near the crater so he could cook the pizza directly on the lava itself.

There are perils to cooking on a lava flow – the high temperatures can easily damage the pans and the dough if left for too long, and if Garcia isn’t careful, the lava can carry the pizza too far away for him to reach.

But for Garcia, the risk is worth it, with tourists flocking to his makeshift pizzeria.

‘Having a pizza cooked in the embers of a volcano is mind-blowing and unique in the whole world,’ visitor Felipe Aldana told AFP.

Garcia isn’t the first to cook food on a volcano, with a visitor to Icelandic volcano Geldingadalur achieving fame for his lava hotdog.

As a river of molten lava cascaded 500m down the slopes of the volcano, one chap decided to cook his sausages on the red hot rock that bubbled up from Earth’s core. 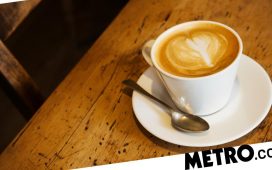 Drinking lots of coffee is good for you now, says science 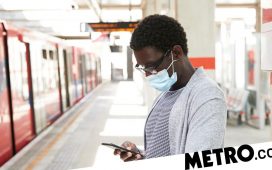 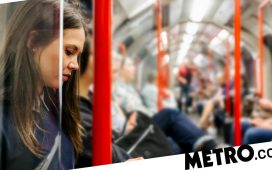 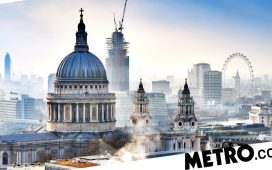 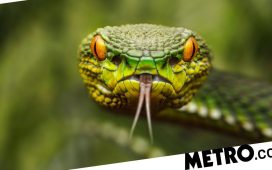