A man has been has been convicted at Woolwich crown court of planning a terror attack at busy London tourist hotspots just over a year after he was cleared of a sword attack on police outside Buckingham Palace.

Mohiussunnath Chowdhury, 28, from Luton, remained emotionless as jurors convicted him of engaging in conduct in preparation of terrorist acts, collecting information likely to be useful to someone preparing an act of terrorism and disseminating terrorist publications.

His sister Sneha Chowdhury, 25, cried as she was convicted of one count of failing to disclose information about acts of terrorism and cleared of another count of the same charge.

Jurors deliberated for eight hours and 39 minutes before returning their verdicts. 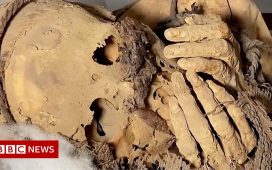