Lyon midfielder Tanguy Ndombele is on Pep Guardiola’s shopping list, according to the Manchester Evening News.

The MEN is reporting that the Sky Blues’ chances of signing the French playmaker have increased after the midfielder “refused to rule out the possibility of a summer move”.

Ideally City would like to bring Ndombele to the Etihad in January, with Guardiola smitten by the 21-year-old since he helped Lyon shock City in the opening round of this season’s Champions League. The City manager has been keeping tabs on Ndombele ever since and he will be heartened by comments made by the Frenchman during a recent interview.

Asked about his future at Lyon, Ndombele replied: “For now I am happy and it is good for me. But if in six months I am not happy, maybe we’ll talk about it a bit more. I am at Lyon and I am always looking ahead.”

The MEN says that Lyon president Jean-Michel Aulas is reluctant to part with Ndombele but would nonetheless find it hard to resist any club who meets the £70m asking price.

Teenage Italian sensation Sandro Tonali is the latest name to be linked to the Etihad with Talksport claiming that City “have entered the transfer battle” for the Brescia midfielder. His impressive performances this season in Serie B have already led the 18-year-old to be compared to a young Andrea Pirlo, and Talksport reports that he “is expected to leave Brescia next summer”.

AC Milan and Juventus have already made it known they are interested in signing Tonali, but according to Italian outlet Corriere dello Sport, City have also joined the chase for a player who was recently called up to the Italy squad for the first time. Apparently City have scouted Tonali on several occasions this season and “are now ready to swoop”.

Guardiola is keen on Real Betis left-back Junior Firpo and is weighing up whether to make a move for the Spanish defender in the January transfer window. According to The Sun, the City boss has been “tracking” the 22-year-old for a while but there’s a greater urgency now that Benjamin Mendy has been sidelined through injury.

Firpo comes with a £44m price tag, but Guardiola believes “his athleticism makes him a good fit for City”, and he’s ready to meet the asking price of Real Betis. But so is Arsenal gaffer Unai Emery, with the Sun claiming he is also “monitoring” the Spanish Under-21 star.

Allan in for Fernandinho?

As City hunt a long-term replacement for midfield general Fernandinho, the Transfer Tavern has picked up on reports in Italy that link the Citizens with a move for Napoli linchpin Allan.

“Napoli will be growing sick of the sight of a club who have troubled them both on and off the field in recent years, and naturally they will do everything they can to ensure Allan remains in Naples,” says the website.

“But the pulling power which Guardiola commands in the modern era will certainly give Allan plenty to think about in the next two transfer windows.” 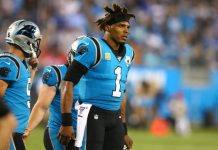 Uefa chief Ceferin: Liverpool will win Premier League title ‘one way or another’ 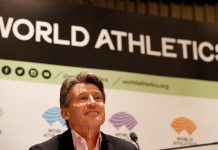 World Athletics aims to be carbon neutral by 2030