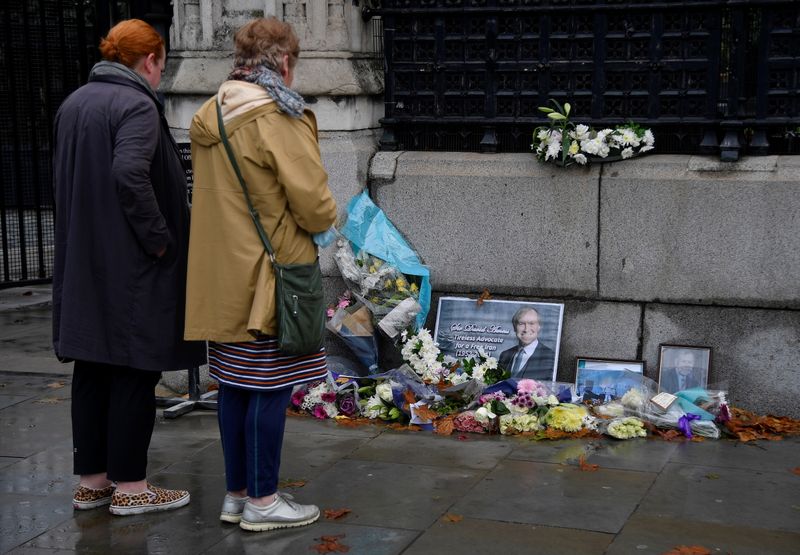 © Reuters. Passers-by view floral tributes to British MP David Amess, who was stabbed to death during a meeting with constituents, placed outside the Houses of Parliament, in London, Britain, October 20, 2021. REUTERS/Toby Melville

LONDON (Reuters) -British police on Thursday charged a 25-year-old Londoner of Somali heritage with stabbing a lawmaker to death in a church, a case that has raised fears about the safety of elected politicians.

Prosecutor James Cable told the court that Ali Harbi Ali, the son of an ex-media adviser to a former prime minister of Somalia, had described himself as affiliated to Islamic State and had planned for years to kill a member of parliament.

The killing of 69-year-old David Amess – five years after another British member of parliament was murdered on the street – has prompted calls for better protection of lawmakers.

Amess, a member of Prime Minister Boris Johnson’s Conservative Party, was knifed repeatedly on Friday in the Belfairs Methodist Church in Leigh-on-Sea, northeast of London, where he had been meeting constituents. Paramedics tried to save him on the floor of the church, but in vain.

Ali has been charged with murder and preparing acts of terrorism, police said.

Appearing at Westminster Magistrates Court, Ali spoke only to confirm his name, age and address. He was remanded in custody and will appear at the Old Bailey criminal court on Friday.

“He described himself as being affiliated with Islamic State,” Cable told the court.

Earlier, Nick Price, head of the Crown Prosecution Service Special Crime and Counter Terrorism Division, said in a statement the murder “has a terrorist connection, namely that it had both religious and ideological motivations”.

British lawmakers regularly hold “surgeries”, or one-to-one meetings with voters in their constituencies, a tradition considered a bedrock of democracy. But with little or no security and an emphasis on access for all, surgeries can make lawmakers vulnerable.

Amess, married with five children, was first elected to parliament to represent the town of Basildon in 1983, and then nearby Southend West in 1997. He was knighted by Queen Elizabeth in 2015 for his public service.

His family said he was a patriot and a man of peace.

“It is vitally important that everyone exercises restraint when commenting on it publicly, to ensure future court proceedings are not prejudiced in any way,” Jukes said.

He said no other arrests had been made and police were not looking for any other people in connection with the murder. 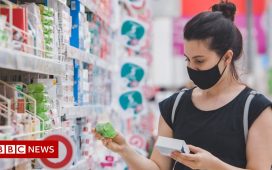 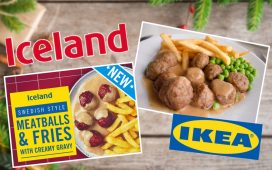