Saudi Arabian police have arrested a man outside the French consulate in Jeddah after he allegedly stabbed a guard, amid heightened anti-France sentiment across the Muslim world and apparent terrorist attacks in two French cities.

The Saudi national used a “sharp tool” to injure the guard, who is receiving treatment in hospital, the Saudi Press Agency said.

The attack was reported within hours of the killing of three people and injuring of several others in a church in Nice, and the shooting of a man who allegedly attacked police officers in Avignon. There is not yet an indication the incidents are coordinated.

The French embassy in Riyadh released a statement confirming the incident. “The French consulate general in Jeddah this morning was subjected to a knife stabbing incident targeting a security guard – an employee of a private security company – and immediately the Saudi security forces arrested the perpetrator,” it said. “The security guard was taken to a hospital, and his health condition remains stable.

“The embassy of France strongly condemns this vicious attack against a diplomatic facility,” the statement read, adding that the embassy “affirms its full support for the victim and expresses its confidence in the Saudi authorities to uncover the circumstances of the accident and ensure the security of French facilities and the French community in the Kingdom of Saudi Arabia”.

Anti-French sentiment has been high across many Muslim countries this week owing to the French president Emmanuel Macron’s perceived attacks on French Muslims and support for the right to caricature the prophet Muhammad.

Leaders of several Muslim-majority nations, state-affiliated and independent media outlets, and clerical establishments in several countries have called for boycotts against French products, and Paris issued a security warning for its citizens earlier this week.

Tensions have been stoked by several incidents in the past month including the re-publication of cartoons depicting the prophet Muhammad by the French satirical outlet Charlie Hebdo on the eve of a trial for alleged accomplices of the terrorists who attacked the magazine’s offices in 2015 as revenge for publishing the same images.

Macron also made a landmark speech in early October calling for the reform of French Islam and saying the religion was “in crisis” in many parts of the world. He acknowledge the pain caused by French colonialism in north Africa, but the speech was poorly received in the Muslim world.

Tensions have sharply increased in the past fortnight after a young man of Chechen origin beheaded the teacher Samuel Paty, who had shown the Muhammad drawings to his classroom.

The French president responded to the incident by posthumously awarding Paty the country’s highest honours and redoubling his campaign against what he calls “Islamist separatism”. He also defended the right of French citizens to freely express themselves including through cartooning.

There have been protests against France this week in Baghdad and Dhaka, and France’s top diplomat in Tehran was summoned by Iranian authorities to lodge a protest against Macron’s conduct.

‘More than a job’: the meal delivery co-ops making the gig economy fairer

I’ve spent 27 years squabbling in French. Is that enough to earn me citizenship? | Emma Beddington 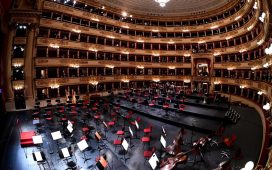 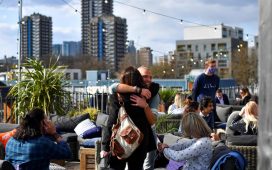