COPS in Pakistan have arrested a man for dressing as a werewolf to terrify people on New Year’s Eve.

The man was detained by cops for allegedly making roaring noises at women and children while riding his motorbike through city streets, according to local reports.

The cops have filed charges against the man, who has not been named, and an investigation has been launched into the motives behind his bizarre actions.

Pictures of the man have been shared widely on social media.

One picture, posted by journalist Omar R Quraishi, shows the culprit handcuffed while still wearing his werewolf mask and costume as two cops pose for the camera.

Another shows the man riding his motorbike wearing the terrifying mask.

The pictures were widely circulated among Peshawar residents on WhatsApp, Samaa News reports.

People pointed out the irony of cops detaining a man for wearing a face covering amid the coronavirus outbreak.

One Twitter user said: “People get scared of the dude and don’t come out on new year during Covid times, everyone stays safe. Isn’t this a good thing?”

Another wrote: “Actually what he’s wearing is better than PPE gear. It would’ve kept people away & him safe from covid.”

A third said: “Maybe he didn’t want to take risk in such epidemic. That mask is a foolproof weapon for fighting against Covid-19.”

Daily Covid cases rise 63 per cent in a week with 53,285 new infections

Desperate hunt for woman, 22, who vanished 5 days ago on walk ‘without medication’

Others joked that the man was celebrating Halloween, rather than New Year’s Eve.

After a year that has seen at least 1.7 million people die from Covid-19, fresh waves of infection have sparked renewed lockdowns and forced would-be revellers to extend their 2020 tradition of watching events from the sofa.

More than 10,000 people have died after contracting the deadly bug in Pakistan, and the country has recorded a total of 482,000 cases. 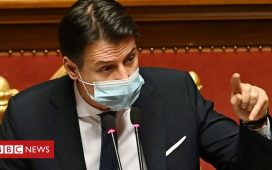 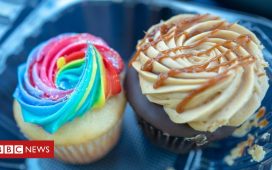