Man arrested after fatal stabbing in Queensland on Christmas Day 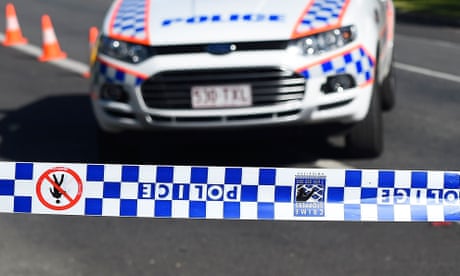 A 33-year-old man has been arrested in Queensland after another man was fatally wounded in a Christmas Day altercation.

The incident appeared to be a domestic dispute, with a disturbance having started inside a North Ipswich house before people moved into the front yard, Det Acting Ins Heath McQueen told reporters on Saturday.

He said police were called to the property about 11.40pm on Friday.

They found the 53-year-old man, who had sustained “significant wounds”, in the front yard.

Police and paramedics tried to resuscitate him.

Officers believe there was an altercation between two men which resulted in the older man being stabbed.

Acting Insp McQueen said there was a relationship between the 33-year-old man and the daughter of the man who died.

“It appears to be some sort of domestic dispute … which unfortunately has escalated to a point where significant violence has occurred and a male person has lost his life,” he added.

Police were also searching for evidence at a house in Woodridge, south of Brisbane, where the 33-year-old man was arrested about 5am on Saturday.

He is yet to be charged.