NEWSCABAL
NEWSCABAL > fashion > 'Mama, I need to go back in your tummy, so I can come out again as a girl': My story of raising a transgender daughter
fashion

'Mama, I need to go back in your tummy, so I can come out again as a girl': My story of raising a transgender daughter 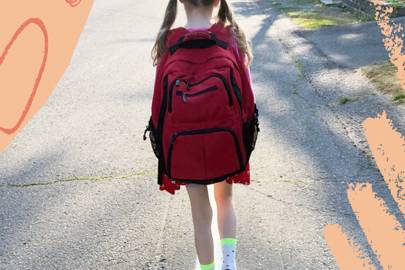 Marlo Mack and her 13-year-old daughter live in Washington, USA. She runs the ‘How to Be a Girl’ podcast about raising a transgender child, as they attempt to figure out together what it means to be a girl.

Amidst an increasingly hostile environment in the UK and the US where violence towards transgender people is on the rise, Marlo shares the realities of being a parent to a transgender child, and why it’s so important that we listen and support young people struggling with their gender identity…

When my child was born, I was told I had a boy.

Except my child never behaved like a typical boy. As soon as she could walk and talk, she let me know that she belonged in the world of girls: of ballet lessons, princesses and fairy queens. When she was three, she started correcting me whenever I referred to her as a boy.

I didn’t take this too seriously until about a year later, when she looked me in the eyes and asked me to put her back in my tummy. I remember her saying, “Mama, I need to go back in your tummy, so I can come out again as a girl. Something went wrong that made me come out as a boy instead.”

In that moment, I knew that this was something very real and serious. I knew she was telling me something deeply true about herself.

“It’s OK. You can be a girl” – or at least, this is what I said aloud. In fact, I had no idea how I was going to make this happen. As far as I was concerned, what my “son” was asking for – to be a girl – was impossible.

Eventually, after discovering “normal, healthy” transgender people existed, like Jazz Jennings, Janet Mock and Laverne Cox, I realised that my child could indeed have a wonderful life as a transgender person. I found a support group of parents whose children were remarkably similar to mine. I took the leap to embrace my daughter, and she began living as a girl at age four. That was almost a decade ago, and we have never looked back.

As a trans non-binary person, this is my advice for supporting your friends when they come out

At first, adjusting to her new pronouns was tough. I kept messing up and using male pronouns. After a while, my brain switched over to the new pronouns and the new name she had chosen. My family were initially skeptical. They thought this was a phase that would blow over with time. But they saw how happy she was as a girl and they adapted. Now, none of us can imagine her NOT being a girl.

I took the leap to embrace my daughter, and she began living as a girl at age four. That was almost a decade ago, and we have never looked back

Although her teachers were very supportive, we opted to keep her transgender identity quiet at school. At first, we didn’t tell any of the other parents or children at school, and when she decided to tell her closest friends, nearly all of them were extremely supportive. It’s not easy to keep this information private now that she’s getting older, but most people have respected her privacy. In fact, none of her friends particularly care that she’s trans – they care more about having fun with their friend.

See also  Gillian Anderson saying she's never wearing a bra again is ALL of us post-lockdown: 'I don't care if my breasts reach my belly button, I'm not wearing a bra anymore'
This incredible project captures the beauty of trans women

Shortly before her 13th birthday, my daughter began taking ‘blocker’ medications, which are safe and reversible. The standard procedure, which is widely supported by the medical community all over the US and Europe, is for transgender children to take blockers at the onset of puberty. This “buys some time,” allowing us to pause puberty and prevent changes to the body that are extremely distressing to the child (and are often irreversible).

The next step would be for my daughter to take oestrogen hormones, so that she can develop from a girl into a woman. Since she has been living as a girl for as long as she can remember, it is unthinkable to her that she would have to grow up to be a man.

People seem to think that doctors are handing out blockers, hormones and even surgeries, to any kid who wants them. That is absolutely not the case. In fact, the reality is that we make it extremely difficult for young people to access these medical interventions. My friends with trans kids in the UK tell me there is often a two-year waiting list just to be seen by a doctor. If your daughter is suicidal because she is growing a beard at age 13, do you ask her to wait two years for help?

Since she has been living as a girl for as long as she can remember, it is unthinkable to her that she would have to grow up to be a man

The tragic fact is that these children are harming themselves in alarming numbers because they are being denied essential and life-saving medical care. I honestly do not think my child would survive male puberty intact – emotionally, physically, or spiritually – what 13-year-old girl would?

We have to listen closely to the kids who are saying, “I can’t bear this. I can’t survive this puberty. I can’t live in this body.”

Raising a trans kid is pretty similar to raising any other child. You listen, you respect who they say they are and you love them unconditionally. When people write laws that hurt them, or are mean and disrespectful, you stand up for your child and fight back. I’ll fight for my daughter’s rights no matter what, as any loving parent would.

My advice to parents? Just listen. Take your child seriously. If this is a phase, it will pass, and if it’s not a phase, you will walk with your child through the hard times (and there are hard times for every parent). In the end, whatever your child’s sexuality or gender identity, you will be able to look back and say, ‘I didn’t always know what to do, but I stood with my child. I had their back and they always felt heard and loved.’

My hope for my daughter – and for every child, whether they are transgender or not – is that they have the chance to live authentically, with the loving support of their families and communities.

As Instagram creates space for pronouns on profiles, here’s a reminder of why it’s important to publicly share them

Listen to the ‘How To Be A Girl’ podcast on iTunes. 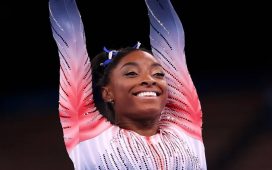 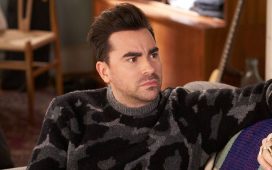 Dan Levy is publishing a Schitt's Creek book called 'Best Wishes, Warmest Regards', so we can *finally* stop mourning the loss of our fave TV show 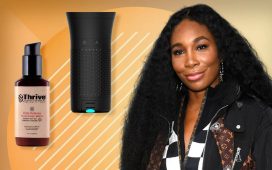 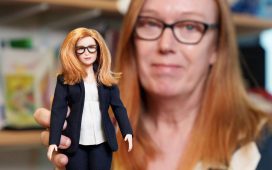 A new Barbie doll has been made in honour of Professor Sarah Gilbert, who co-created the AstraZeneca vaccine 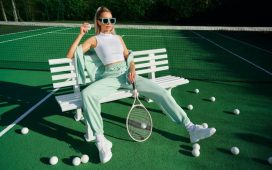