MALE patients who identify as women are free to share female wards, an investigation has found.

NHS guidance about transgenders has now been slammed.

Fewer than ten trusts consider the needs of all patients on the issue, says analysis by The Daily Telegraph. In one case a nurse claimed a patient identifying as a transgender woman became sexually aroused in front of elderly patients when put on a female ward.

Since April 2011, trusts have been fined £250 when a patient is placed on a ward for the opposite sex. Tory David Davies said: “It’s quite right that a Tory government made a commitment to end mixed-sex wards. But people with male bodies should be on male wards.”

Dr Nicola Williams, of Fair Play for Women, said: “In an attempt to accommodate a minority, the state is sacrificing the needs of the majority at their most vulnerable.”

Man accused of hacking Pippa Middleton wanted in US over blackmail

Human rights lawyer Amanda Jones called the NHS’s interpretation of the law “a mess” and added: “If you aren’t even considering other groups in your equality impact assessments, your policy cannot be lawful.”

NHS Improvement stressed decisions should be made in the interests of all patients. 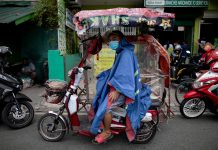 How to live longer: The breathing technique proven to extend life expectancy 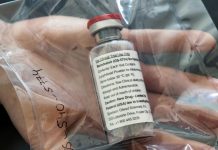 I'm an NHS consultant. We're exhausted – and a second surge is on its way