Nearly seven in 10 unvaccinated Brits say they will be happy to have the Astra Zeneca jab despite the risk of blood clots.

And that includes 55 per cent in the 18 – 24 age group who will now be offered Pfizer or Moderna alternatives when it is their turn.

Almost eight in ten who have already been jabbed were not bothered which vaccine they were given either.

More than seven in ten said they thought a vaccine should be made compulsory for public sector workers, NHS and care home staff

The exclusive Redford & Wilton Strategies Sunday Mirror poll also found that six in ten voters give the thumbs up for vaccine passports for sporting events, festivals and night clubs.

They were most popular with the over 60s with two in three saying they would be happy using them.

And 70 per cent of all those questioned said they would be comfortable using them if they were also needed in pubs, shops and restaurants rising to three quarters of 45 – 54 year olds. They were least popular among Green voters.

Yet two in three said they would not be visiting a pub or restaurant when they reopen tomorrow nor do they plan to do so next weekend.

And their reason is nervousness about catching the virus, though 38 per cent are not so wary of visiting non-essential shops.

Our poll painted an optimistic picture of the future with 56 per cent saying the worst of the pandemic was behind us, though a quarter of Labour voters think we are in for another rough ride.

Six in ten 18 – 24s and more than half of Londoners and those living in the North West, Scotland and Wales think Boris Johnson has handled the pandemic badly.

But in the South East the majority believe he is doing a good job.

And nearly half of all those questioned reckon the PM will keep to his roadmap deadline of lifting all restrictions by June 21.

Only one in five are planning a foreign holiday this year rising to 30 per cent in the 18 – 24 age group.

But nevertheless nearly one in three of them would support an extended travel ban for the remainder of 2021 if that proves necessary. 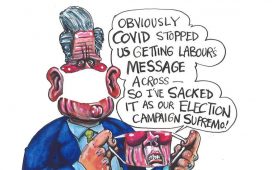 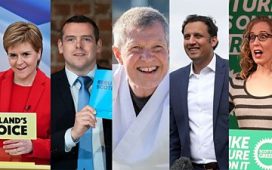 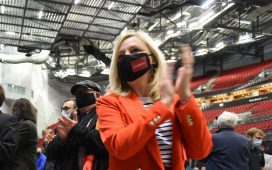