The Government is looking into ways to end self-isolation for school pupils in bubbles, an education minister confirmed on Tuesday.

Nick Gibb said trials are being conducted into daily contact testing as a possible alternative, with the Department for Education confirming that current isolation rules are likely to end in the autumn.

It comes as England’s new Children’s Commissioner called for the cycle of children self-isolating to end as soon as possible.

Schools minister Mr Gibb confirmed that about 3% of students are currently self-isolating, but added this figure is lower than it was in the autumn.

He told Sky News: ‘What matters also is that we keep the school safe and if you go around our schools, you will see a raft of measures to reduce the infection rates within schools.

‘There’s extra hygiene, there’s staggered breaks, we keep children in bubbles, and there’s extra ventilation in classrooms to minimise the risk of transmission.’ 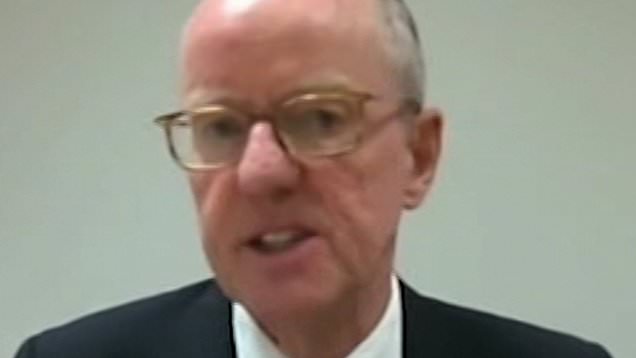 She said there was an urgent need for children to get back to normal, branding lockdown restrictions a ‘real trauma’ for many young people.

Meanwhile, the Department of Education said ministers have written to secondary schools asking them to prepare to replace isolation rules with testing.

A spokesman said: ‘We are provisionally asking secondary schools and colleges to prepare to offer on-site testing when students return for the new academic year, so that schools are ready in case it is needed to keep as many children as possible in face-to-face education.’

Current rules mean children have to self-isolate for 10 days if another pupil in their bubble tests positive.

It comes as cases in UK schools are surging and thousands of children are being forced out of classrooms to self-isolate.

The latest official data shows that 239,000 children in England are currently off school – with the numbers trebling in the space of a week – and some schools fearing that they may have to close early before the summer holidays.

Dame Rachel told The Daily Telegraph that children needing to go in and out of isolation was ‘a really big issue’ and proving ‘incredibly frustrating’ for pupils and teachers.

She said: ‘With bubbles, I think everybody would like it if we could get back to normal, as soon as possible. Obviously we have to be safe, and we have to take advice, but it’s very very restrictive.

‘The experience of lockdown has been a real trauma, and I think we shouldn’t underestimate it. Children are really troubled, and it’s right across the board.’

Dame Rachel highlighted how it was young people who had seen their normal childhood disrupted in order to protect older people, adding that they were now struggling with their mental health.

‘They have done a huge amount for us, I mean they really were the least at risk of this and they’ve given up 19 weeks of their education, they’ve had all this anxiety and concern and exams cancelled; they’ve taken a big burden for us,’ the commissioner said.

Children can get ill with Covid-19 – and there have been severe cases of long Covid among them – but they are far less at risk from the virus than older people.

Dame Rachel said that although adults largely assumed ‘kids are resilient, they’ll bounce back’, the results this year of a sweeping survey on British pupils dubbed The Big Ask showed that ‘they are telling us that they have got these worries and we need to listen to them’.

Her office’s survey, which heard from than 550,000 children, showed mental health was the biggest concern for 20% of respondents, a figure that rose to 40% for those aged 14-17, the Telegraph reported.

Dame Rachel, a former teacher, also said she had ‘real concern’ for nursey-aged children and those starting school, who were at an age when they ‘need to be playing and learning and developing language skills’ but were instead ‘stuck inside for too long’.


MORE : Tens of thousands of pupils isolating as Covid cases rise 70% in schools