Majestic Wines disclosed on Monday that it will take a £10m charge as part of a restructuring that will see it close stores and sell assets as it focuses on its online Naked Wines business that it acquired four years ago.

The company said it will “tightly focus on the significant Naked growth opportunity”, having now increased the proportion of its business generated online and in markets outside the UK, including the US.

Without providing specific details, which it said it would lay out in June, Majestic said the plan would include selling assets, closing stores and “migrating customers and stores to the Naked brand”. It will also increase its “customer investment, including a Naked face-to-face new customer recruitment channel” and rename the business Naked Wines.

As a result of the plan, it expects to take a “largely non-cash” charge of £10m in the current financial year.

“There may be further restructuring charges from [fiscal 2020] onwards, but any cash outflow is expected to be largely offset by cash inflows from asset sales,” it said. It will review its dividend in June “in light of the increased investment levels and transformation actions”, it said. In the last fiscal year, which ended in April 2018, it paid 7.2 pence per share.

Naked Wines, which Majestic bought in April 2015, grew much more quickly than the Majestic retail business in fiscal 2018, with the former increasing underlying revenues 11.3 per cent, and the latter lagging behind at 1.9 per cent, according to a filing.

“It is clear that Naked Wines has the potential for strong sustainable growth, and we will deliver the best results for our shareholders, customers, people and suppliers by focusing all our energies on delivering that potential,” said chief executive Rowan Gormley. “Where we have no choice but to close stores we will aim to minimise job losses by migration into Naked,” he added.

Shares of the Aim-listed group fell almost 10 per cent on Monday in its worst day since late 2018, according to Refinitiv data.

Can I reduce the tax I pay on my buy-to-let property?

Brent oil rises to $40 amid hopes for output cuts, recovery 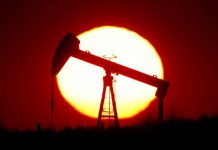 Brits saved £16.2billion in April – more than triple the usual amount despite millions of workers being on furlough