This may be the week when most Americans are gobbling turkey at Thanksgiving, but Maine’s lobstermen and women are looking ahead to 2021 and figure they might get on a roll with Joe Biden.

Donald Trump positioned himself as a friend of New England’s lobster industry, campaigning hard in Maine, and even had lobsterman Jason Joyce speak at the Republican national convention.

But the president’s prolonged trade war with China resulted in a rocky few years for the industry.

Following Biden’s win in the presidential election, which saw him take three out of four electoral votes in Maine, which, along with Nebraska, has a split system, members of the industry now say they are looking forward to some much-needed stability.

Stephanie Nadeau, owner of the Lobster Company, a dealer in Arundel, Maine, said the industry needs assurance that it will be able to sell lobsters to other countries without punitive tariffs and is hopeful that such comfort will come in January following the inauguration of the Democratic president-elect.

US lobster exports to China, a major buyer of seafood, tumbled after the Trump escalated trade hostilities. That led to heavy tariffs on US lobsters, and exporters saw a drop of more than 80% in the first half of 2019.

This summer, Trump directed the US Department of Agriculture to provide lobster fishermen with financial assistance and help them claw back lost income from the Chinese tariffs. He also brokered a new deal with China, which agreed to start buying US lobster again.

It was a turbulent time for an industry that’s already used to dealing with uncertainty because of issues such as the fluctuating volume of catch, dangerous weather and the changing prices of bait and fuel.

All with the undercurrent of the climate crisis that’s warming ocean waters and disrupting sea life and, in 2020, the coronavirus pandemic.

“I think Biden, by taking people back to more normalcy and tackling the virus, could potentially put things back to normal, which would be very favourable for the US industry,” he said. “Chaos is the enemy of the lobster industry.”

The Trump administration also boasted of environmental policies that it said benefited lobstermen.

In June, Trump announced a rollback of protections at Northeast Canyons and Seamounts marine national monument, a 5,000-square-mile conservation area that he reopened to commercial fishing.

He characterized the area as important for Maine fishermen – but it’s actually closer to Rhode Island.

A bigger environmental issue facing lobstermen is the prospect of new protections designed to protect rare North Atlantic right whales. The whales are protected under the federal Endangered Species Act and are vulnerable to entanglement in fishing gear.

Maine’s lobstermen are willing to work with any administration on the new rules, said Kristan Porter, president of the Maine Lobstermen’s Association. But he said it was impossible to know whether the rollout of rules would be affected by the change in administration, saying: “It’s way too early to tell.”

The industry itself has been reasonably strong in recent years, though the coronavirus pandemic has disrupted all sectors of the seafood business in 2020. Fishermen have harvested more than 100m pounds of lobsters every year since 2011.

Maine’s lobstermen are politically diverse, and many voted for Trump. The president carried the state’s 2nd congressional district, which includes some key fishing ports, such as Stonington, in 2016 and 2020. But some, who are fans of Biden, said they are looking forward to the change in leadership.

Dave Cousens, a lobsterman from South Thomaston, said: “He’s low-key, he’s smart, and he knows how to surround himself with good people.” 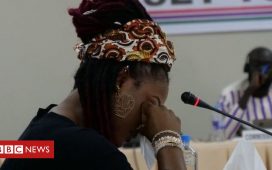 How Gambia is grappling with gruesome past under Yahya Jammeh 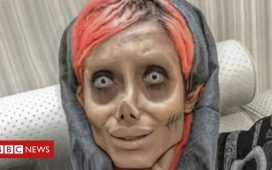 The Instagrammers who worry Iran