Spanish emergency services say rescue teams, firefighters and police are working in a central area of Madrid after an explosion.

Footage shared on social media showed a tower of smoke ascending from a building and rubble strewn on the street.

Spanish media reports said the blast took place in a building near a nursing home and a school. There have been reports of casualties 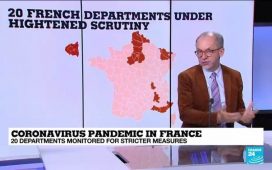