AN Oxford professor has blasted Emmanuel Macron’s scaremongering over the AZ jab which he says led to “massive fatalities” in Africa.

The French President, 43, has been blamed for a lack of public faith in the AstraZeneca Covid vaccine, which he falsely called “quasi-ineffective”.

But despite pulling back on his remarks, one of Britain’s leading scientists Sir John Bell says the damage has already been done.

The Regius Professor of Medicine at Oxford University told BBC Radio 4 that Macron’s comments have led to coronavirus deaths in French-speaking countries in West Africa.

He said: “What happens is it gets amplified in the developing world.

“So the whole of French West Africa is now saying: ‘Oh my god. Emmanuel Macron said the AstraZeneca vaccine doesn’t work, we’re not having that one let’s get something else’.”

Asked whether such remarks could lead to deaths, he said: “Massive fatalities in Africa, it’s terrible.”

“And one of the key things they said:’Can you guys just keep quiet, stop blasting stuff that is not accurate, because it gets amplified as it comes into…

“‘And its produced terrible vaccine hesitancy now in some bits of Africa, which…I’m sorry to say..that will kill people.'”

The AZ jab, which was co-developed by Oxford University scientists and British/Swedish giant AstraZeneca, was initially banned in France over blood clot fears.

In the UK, there have been 309 cases of blood clotting in 33 million people who have received the AstraZeneca jab resulting in 56 deaths.

Yet, experts insist the risks are far outweighed by the benefits of getting protected against Covid-19.

Meanwhile, Sir John, who is part of the UK government’s vaccine taskforce, said despite surging cases of the Indian variant in parts of the country, Britain should emerge from lockdown on June 21.

He said: “Most of the people getting hospitalised as I understand it are unvaccinated people because there are some large ethnic sub-populations who didn’t get the vaccine so that’s not surprising.

“If you start to see a rush of people who’ve had the vaccine who are getting admitted to hospital then people might want to think about whether they want to pause that but that has not been evident yet.

“My view is it’s a low likelihood event, but sufficiently serious that you wouldn’t want to give an unconditional guarantee to make your plans for the 21st, it’s all going to be fine.”

The UK has overseen a successful jab rollout with 62.7million doses administered so far including 24m people – 36.1 per cent of the population – who have been fully vaccinated.

In contrast, France has only full vaccinated 15.4 per cent of its population and administered 34.3m jabs in total, according to Our World in Data.

Today, daily UK Covid cases surged past 4,000 to the highest they’ve been in two months.

The Indian strain continues to spread fast as a further 4,182 people test positive for the coronavirus.

The latest data brings the total number of infections since the pandemic began to 4,477,705. 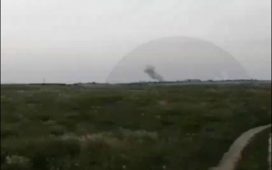 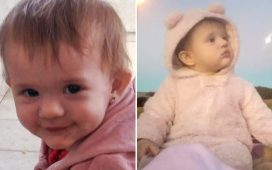 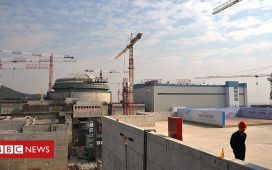 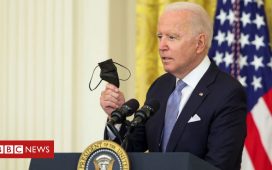 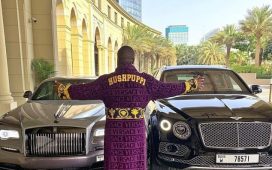