Macron under scrutiny after adviser's lunch with niece of Le Pen


A row has broken out after one of Emmanuel Macron’s closest advisers had lunch with a leading figure of France’s far right, as the president faces accusations of appealing to extreme-right supporters.

Bruno Roger-Petit, a senior adviser at the Élysée Palace, entertained Marion Maréchal, niece of the far-right politician Marine Le Pen, in a private room at a well-known Paris brasserie in October.

Maréchal, 31, who dropped Le Pen from her family name in 2018, was a member of parliament for the far-right Front National (FN) – which has since become the Rassemblement National (RN) – for five years until 2017.

She is the granddaughter of FN’s founder, Jean-Marie Le Pen, and was the French republic’s youngest ever MP.

News of the meeting comes as Macron is accused of attempting to appeal to the country’s rightwing voters with two new laws – one covering “global security”, giving the police new powers, and a second aimed at combating religious “separatism” – that have sparked protests.

Roger-Petit, a former political journalist and television presenter, insisted to Le Monde, which broke the story, he had met Maréchal “on a personal level”.

“I wanted to know what she had to say and whether she had her finger on the pulse of public opinion, which isn’t the case. I realised we were in disagreement,” he told the paper.

Maréchal said she had been approached through a friend. “Bruno Roger-Petit contacted a friend to suggest meeting me. I accepted. On principle, I never refuse to talk to people. Above all, I was quite curious to know the person who found it funny to treat me as a Nazi every couple of weeks when I was an MP,” she said.

Witnesses told French journalists Roger-Petit paid the bill for the lunch, at Le Dôme brasserie near Montparnasse, which ended at about 2pm. The eaterie has a discreet rear entrance previously used by the Socialist president François Mitterrand in the 1980s to meet his secret daughter, Mazarine.

Maréchal announced she was leaving politics in 2017 and set up her own private school, the Institute for Social, Economic and Political Sciences (ISSEP), in the city of Lyon.

The lunch has led to speculation in the French media over the reason for the meeting. “What was Bruno Roger-Petit hoping for from this meeting? An exchange about Marine Le Pen? To weigh up the political ambitions of Marion Maréchal? Examine the possible candidates of the ‘right of the right’?,” Le Monde asked.

The Êlysée made no public comment about the lunch, though presidential sources told journalists Macron was not aware of it.

The meeting was criticised by members of Macron’s governing La République en Marche! (LREM) party. Hugues Renson, the party’s vice-president in the national assembly, tweeted: “One doesn’t discuss with the far right, one doesn’t compromise, one fights them. ‘I cannot accept that intolerance and hatred become banal – Jacques Chirac, April 2002’.”

Astrid Panosyan, a co-founder of Macron’s En Marche movement, agreed. She said: “There are people that we don’t sound out on a personal level, we fight them on a collective level. Marion Maréchal and all her clique are among them.”

In support, Julien Aubert, an MP with the centre-right opposition Les Républicains (LR), tweeted: “The restaurant police are making a comeback? One can lunch with whomever one wants.”

Emmanuel Grégoire, of the Parti socialiste and one of Paris’s deputy mayors, was less forgiving, tweeting that Roger-Petit had lunched with Maréchal because “Pétain was not available …” a reference to Maréchal Philippe Pétain, France’s collaborationist second world war leader. 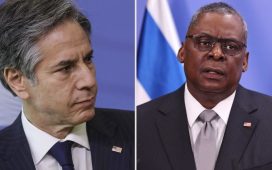 US officials head to Europe to shore up allied support on Russia, Iran, China

War of the Beasts and the Animals, and In Memory of Memory by Maria Stepanova – review 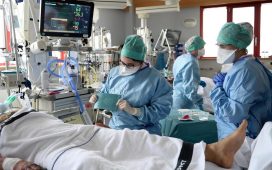