Emmanuel Macron has met leaders of opposition groups including the far right’s Marine Le Pen to sound out his chances of negotiating a parliamentary majority.

The French president, whose centre-right alliance fell 44 seats short of controlling the Assemblée Nationale, was said to be exploring his “room for manoeuvre” after losing control of the lower house in Sunday’s legislative elections.

Macron is reported to have turned down an offer by Elisabeth Borne, the prime minister appointed a month ago, to resign believing his government needs to stay on track. However, he will need to garner support from MPs who are not natural supporters to break the deadlock that threatens to paralyse parliament.

Radical left leader Jean-Luc Mélenchon called on Borne to submit to a vote of confidence. “That woman has no legitimacy. None. We’re wasting our time until she leaves,” Mélenchon told reporters.

“Madame la prime minister, you should come here and seek a vote of confidence by MPs,” he said later. However, after meeting Borne on Tuesday, MPs from Macron’s party defended her.

Borne will meet the leaders of the political groups in the National Assemblée on Wednesday and is expected to outline the government’s legislative timetable in the lower house on 5 July.

Macron cancelled the usual Tuesday morning Council of Ministers to hold back-to-back meetings with leaders of the main opposition parties and other possible parliamentary allies. The meetings are expected to continue on Wednesday. The Elysée said the president would be looking for “possible constructive solutions” to the deadlock.

The first to arrive on Tuesday morning was Christian Jacob, president of the mainstream right Les Républicains (LR) party, which came fourth in the general election in terms of the number of seats won, behind Mélenchon’s left-wing alliance Nupes (the New Popular, Economic and Social Alliance) and the far-right Rassemblement Nationale (RN).

“We have never been in such a situation. The responsibility for it lies with the president of the republique. He has had a five-year term for nothing. Of course, there was the Covid crisis but nothing has been done,” Jacob said.

Critics accuse Macron of deliberately weakening France’s traditional parties of the left and right since his centrist La République En Marche, now renamed Renaissance, came to power in 2017, allowing the far-right and radical left to flourish.

Jacob accused Macron of “using the extremes” for his own purposes. “He has put the country in this situation,” he said.

The gains by Nupes and the RN left Macron’s group winning just 245 seats in the second-round vote on Sunday, far short of the 289 needed for an absolute majority. Nupes won 131 seats, while the RN won 89 seats, an unprecedented surge in popularity. The traditional right Les Républicains (LR), who had joined forces with the Union des Démocrates et Indépendants (UDI), took just 61 seats.

On Monday, Jacob had ruled out any coalition with the government or the president.

The second meeting at the Elysée on Tuesday was with Olivier Faure, head of the Parti Socialiste (PS), one of four parties – along with the Communists (PC) and Greens (EELV) – in Mélenchon’s alliance. On Monday, the PS, PC and EELV all ruled out forming a Nupes bloc in the assembly saying they preferred to remain independent groups.

“Emmanuel Macron was legitimately re-elected, but he has not been given a clear mandate,” Faure told journalists before the meeting. Earlier Faure told FranceInfo radio he would tell the president “the country is not well, it is angry, but it is not blocked and there are policies that are possible”. He called for a boost to spending power and pensions and an increase in the minimum wage and said Macron’s “Jupiter-like” style of one-man government was over.

Macron was due to meet Le Pen at 5.30 pm on Tuesday. It is unclear whether he will meet Mélenchon, head of the radical left La France Insoumise (LFI), who did not stand in the general election.

The first sitting of the new Assemblée Nationale will be next Tuesday. 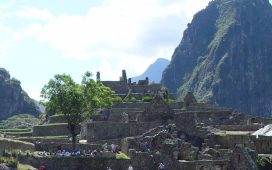 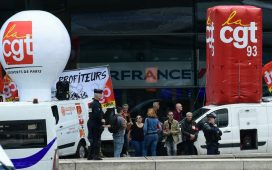