Players of the Sims know there’s a few colours associated with the game – bright greens and purples come to mind.

So when MAC Cosmetics announced a collaboration with the video game, people were excited.

Initially, fans were keen to get their hands on the eyeshadows labelled as a chance to ‘twin with your Sim’.

But some were quick to point out that the colour names were exactly the same as the muted tones from the 2017 Solar Glow palette and the game’s branding wasn’t added to the makeup box itself – just a sleeve wrapped around it.

One person said: ‘Y’all couldn’t even extend the ‘collaboration’ to the actual packaging? This looks like random old palettes y’all found in a box in the warehouse and decided to copy and paste the sims logo onto the box.’

Another added: ‘This is a gorgeous neutral palette but really misses the mark on the Sims brand… nothing about this feels Sims inspired.’

Other people questioned if the people creating the collaboration had ever played the game and suggested some alternative colours to reflect the game.

One wrote: ‘Nobody at MAC has played the Sims. Names don’t even reference the game, colours don’t match the game. Product development missed the mark on this. Beyond disappointing.’

The brand responded: ‘The Sims and M.A.C. have always been about inclusion and creating a fun interactive environment that allows you to be your true authentic self.

‘We wanted to offer a versatile palette for everyone, whether you are a makeup beginner or total expert, that easily allows you to go from natural to glam in one swipe.

‘Plus, it perfectly complements the 12 diverse interchangeable looks created for The Sims that suit all face shapes and skin tones. Now you and your Sims can wear M.A.C!’

The palette, which is currently on sale online only in the US only, costs $32 (£23) and has been pushed as a limited-edition product.

When people started to point out the similarities, some said they were considering cancelling their order.

One person replied to screenshots of the older palette and Sims product side by side and said: ‘OMG THIS JUST IN! It’s not even the actual packaging it’s just the unicarton?! I definitely feel like a fool now. I’m canceling my order now…’

Metro.co.uk contacted MAC Cosmetics and EA games for comment and will update this article when they respond.


MORE : Woman reveals how she scooped £1,400 of freebies including makeup, toys and gadgets 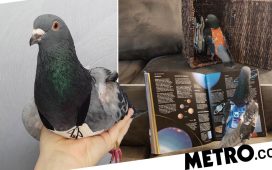 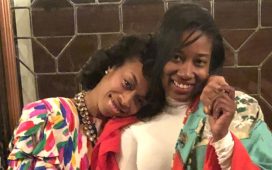 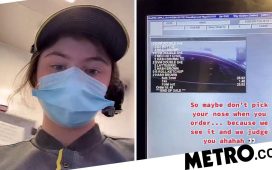 McDonalds drive-thru worker explains how they remember your order

Duvet or don't they? Why Laurence Llewelyn-Bowen loves working from bed – and Glenda Jackson doesn't 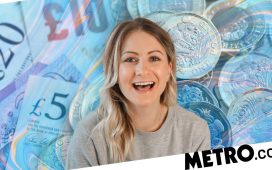 The money mistakes to avoid making in 2021