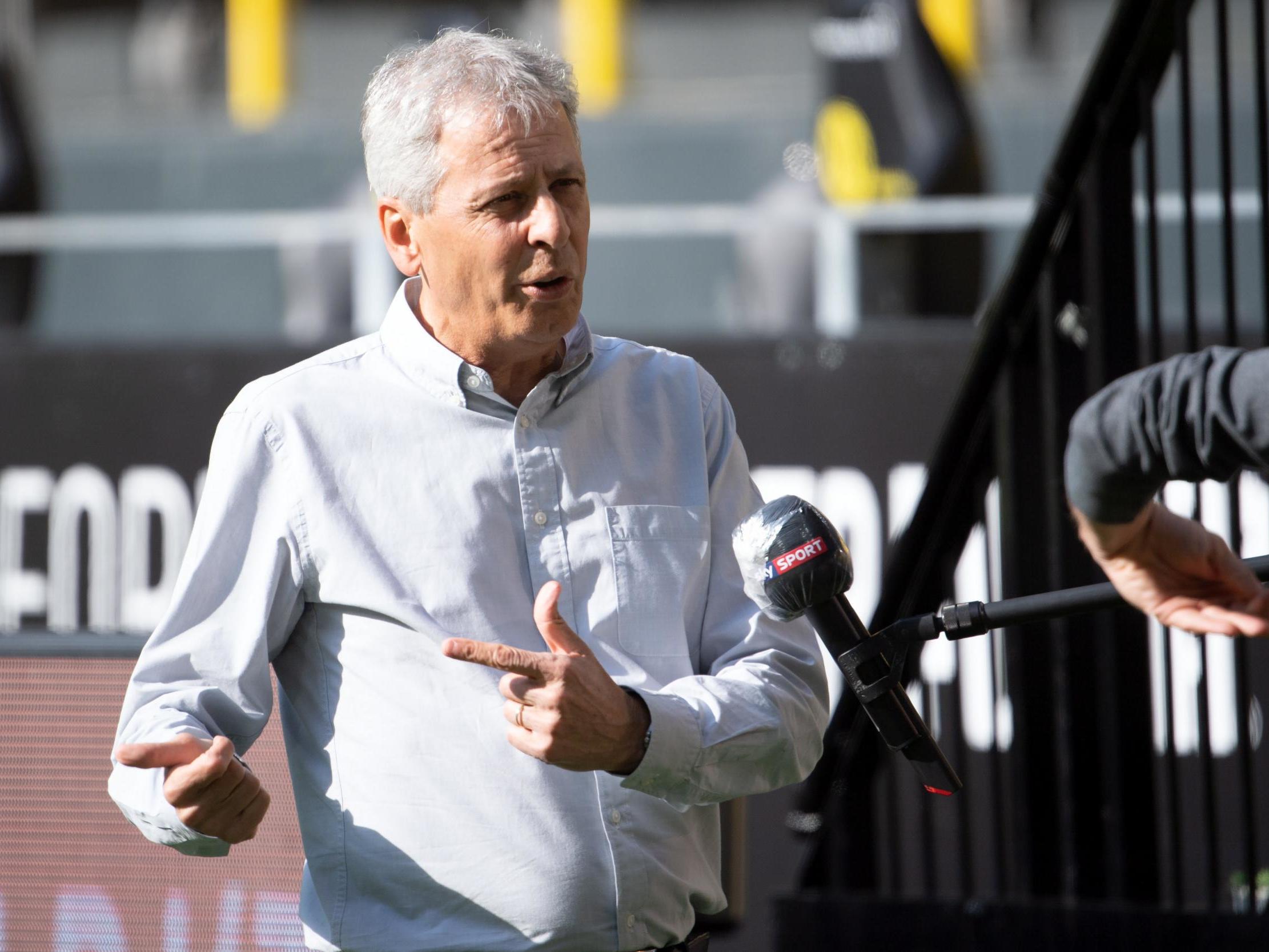 Dortmund’s Bundesliga title hopes were all but dashed with a 1-0 home loss to leaders Bayern Munich on Tuesday evening.

The result left Dortmund seven points behind in second place with six games remaining in the season that restarted 10 days ago following a two-month break due to the Covid-19 pandemic.

With the Ruhr valley club already eliminated in the German Cup and the Champions League, Swiss coach Favre, who has one more year on his contract, will go for a second season without winning any major domestic or European silverware.

“At the moment there is no reason for a coach discussion,” Watzke said. ”We are playing a very, very good second half to the season. Until Tuesday, we had got 27 of a maximum 30 points (by winning nine of the previous 10 matches).”

Dortmund went into the game on a six-game winning run but will now most likely have to settle for just a Champions League spot unless Bayern slip up three times in the remaining six games.

“I think Lucien has been very focused in the past weeks,” Watzke added. “He does not leave the impression of a man under pressure.”

Favre had said after Tuesday’s defeat he would be speaking about the situation in Dortmund in a few weeks, with some media interpreting it as a hint at a potential departure ahead of his 2021 contract end.

“I don’t think about giving up. What I had wanted to say is it is not the time now to take stock,” Favre said.

“We still have six games to play and we want to give it our best.”