Lucas Digne has completed his move to Aston Villa and said he did not expect his time at Everton “to end this way” after falling out of favour with Rafael Benítez.

Digne joined Everton from Barcelona in 2018 but has not played since 1 December. The left-back’s transfer for about £23m was confirmed on Thursday.

Going in the opposite direction will be Anwar El Ghazi, whose loan to Everton is due to be sealed on Thursday. There is a buy option in the deal for the 26-year-old.

Digne wrote on Instagram: “Only one year ago I signed a new contract with the ambition of staying in this club for a long time, giving everything for my club, for the development and project, that I believed in – and for the passionate fans.

“My dream was helping the club back where it belongs. Wearing the captain’s armband in some matches always made me proud. Everything must come to an end. I just didn’t expect it to end this way.”

Benítez said last week that the 28-year-old had asked to leave and accused Digne of prioritising his own interests above those of the Everton team.

“What has happened and some things that was said about me in the last month has made me very sad,” Digne continued. “But I’ll not enter a war of words with anyone. The club don’t deserve that, the fans don’t deserve that and to be honest, I don’t feel I deserve that … Sometimes it only takes one person from outside to destroy a beautiful love affair.”

Digne is Villa’s second January signing, after Philippe Coutinho, who has come on loan from Barcelona. Villa’s head coach, Steven Gerrard, said: “When Lucas became available we jumped at the opportunity to bring him to the club. To sign a player of his pedigree and quality in the January window is a great addition to our squad.” 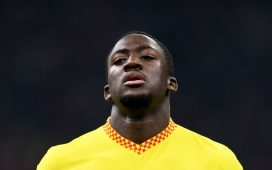