Only 11 per cent of people in the UK in contact with someone who has tested positive for Covid-19 are quarantining, and just 18 per cent of those who develop symptoms are self-isolating, according to new research from King’s College London.

The study, which paints the first clear picture of how many people are following the government’s virus guidelines, was published as daily infection cases in the UK reached a record 6,634.

Researchers surveyed 31,787 people living in the UK between March and August, finding that people’s intention to follow the guidelines was much higher than their actual behaviour, with more than 60 per cent who had not developed symptoms or been asked to quarantine saying they would do so if the situation arose.

“The intention data is all quite high — most people want to do the right thing. There’s obviously something going wrong between intentions and behaviour,” said James Rubin, one of the paper’s senior authors.

The study found that non-adherence was most likely among those with a dependent child, those of lower socio-economic status who had suffered greater hardship during the pandemic, or those working in a key sector. The findings suggested that a lack of sufficient government support is partly to blame for people’s inability to follow through on their intentions.

“The conclusions reflect that better financial support would be one factor that can increase compliance. However, this is at odds with the government’s approach where the ‘stick’ is the preferred incentive via heavy fines, rather than the ‘carrot’ of financial and practical support to encourage people to stay at home,” said Michael Head, senior research fellow in global health at the University of Southampton.

“The ‘stick’ in this case may even have the opposite effect of making people more reluctant to report their symptoms and provide the details of their close contacts.”

The data also suggest that better communication of the risks of catching and spreading the virus is necessary, with many of those not adhering to the guidelines showing a poor understanding of how the virus spreads.

“What ordinary people are seeing are the mass of asymptomatic and mild cases,” said Robert Dingwall, professor of sociology at Nottingham Trent University. “It is quite understandable that they do not see transmission risks in the same light as those who only see the tip of the iceberg in deaths and ICU admissions. Given this, if compliance is difficult for other reasons, motivation is also likely to be weak.”

The paper has not yet passed the peer-review process, meaning that its findings should initially be viewed with some caution. “Until it has been peer reviewed everyone needs to take it with all the caveats that comes with,” Dr Rubin said.

Yvonne Doyle, medical director at Public Health England, the public health agency, described the record number of new cases of Covid-19 reported on Thursday as “a stark warning for us all”.

She said positivity rates had risen across all age groups, while rates of admission to hospital and critical care were increasing.

Prof Doyle said the public should follow the new measures announced by Boris Johnson this week to help control the virus. She also amplified government appeals to people in England and Wales to download a new NHS Covid-19 tracing app, launched on Thursday and intended to alert people if they have been near an infected person, saying it was “the fastest way of knowing when you’re at risk”.

James Naismith, director of the Rosalind Franklin Institute, and a professor at the University of Oxford, said the rise in cases was “yet further confirmation that the virus is spreading rapidly”. But he added: “Although a high number, we are experiencing only a fraction of the cases in spring. The fact that we will soon set a record of daily cases is because we did not measure in March.”

The latest data from the NHS Test and Trace scheme, published on Thursday, underlined both the big rise in positive cases and the extent to which the programme is struggling to turn round tests rapidly and trace all contacts of infected people.

A total of 19,278 new people tested positive for coronavirus in England in the week following September 10, almost three times higher than at the end of August, and 37 per cent more people were transferred to the contact tracing system after testing positive compared to the previous week.

Of those transferred, fewer than four out of five, 77.7 per cent, were reached and asked to provide information about their contacts, down from 83.9 per cent the week before.

Just under three out of four people identified as close contacts of someone who had tested positive were reached and asked to self-isolate, a percentage that has scarcely shifted since mid-July. The Scientific Advisory Group for Emergencies, Sage, has said that at least 80 per cent of the close contacts of anyone infected with Covid-19 must be traced and isolated for the system to be effective.

Test turnround times also declined, with only 28.2 per cent returned within 24 hours compared to 33.3 per cent the previous week. Boris Johnson had pledged that all would be returned within that timeframe by the end of June. 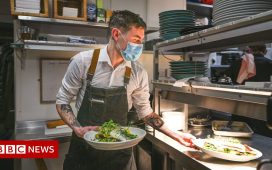 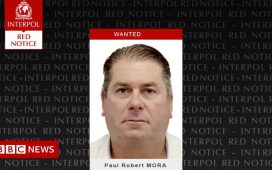 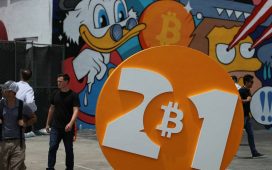