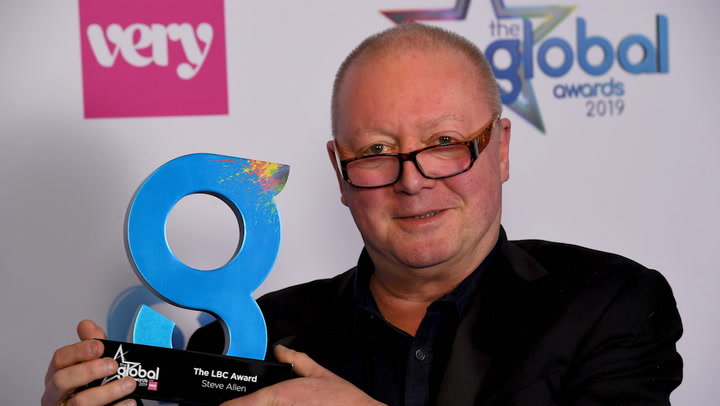 The 29 year old said the LBC broadcaster trolls her ‘every week’, but claims the radio station ‘refuses to sack him’.

Speaking about the teen’s performance in Strictly Come Dancing Steve was heard in a clip saying: “Tilly Ramsay is on Celebrity MasterChef Australia, is she?

“She’s a chubby little thing, isn’t she? Have you noticed? Probably her dad’s cooking I should imagine.”

The TikTok star, 19, who is the daughter of chef Gordon Ramsay, took to Instagram to share the clip alongside a message calling for kindness.

Tilly wrote: “I try not to read and listen to comments and negativity however recently being called out on a national radio station by a 67-year-old man is a step too far.

“Steve please feel free voice your opinions however I draw the line at commenting on my appearance. It’s such a shame that someone is trying to make such a positive experience negative.”

Tilly has asked people to be kind

Speaking to The Sun Amy said: “He 100% has to be sacked. He’s called me desperate and pointless, why is he still allowed to be on the radio?”

Revealing that a friend had alerted her to the comments Steve was making about her, Amy said: ““He says I have no talent, I am lazy, that I am pointless, I am desperate etc.

“He talks about my family as well, about my mum and dad and how we are all so desperate to be famous.”

Amy said Steve was “obsessed” with her and despite ‘loving working with Global’ she was told by LBC that the broadcaster “trolls everyone”.

Of course Amy isn’t the only celebrity who has supported Tilly.

The teen’s Strictly co-stars have also come to her defence.

It Takes Two host Janette Manrara wrote: “#BeKind…. How fast we forget what hurtful comments can do for someone’s mental health. You are a POWERFUL young lady! Wear your crown w/ your head held high.”

While professional Giovanni Pernice posted: “Some people are very nasty !! Don’t listen to this c**p .. we love You girl ! #bekind.”

While one fan told Tilly: “You are a queen Tilly. We love you don’t listen to the haters.”

Happily, the university student doesn’t appear to have let the media storm get to her as she continues to impress the judges with her partner Nikita Kuzmin.

Strictly Come Dancing returns to BBC One on Saturday at 6.45pm.