Paige Turley has revealed ex Lewis Capaldi is on to plums if he thinks he’s bagging a share of her £50k Love Island winnings.

The cheeky chart-topper had suggested he was owed some of the cash because their previous relationship had helped raised her profile.

But bold Paige has said the Bruises singer can forget any thoughts of getting his hands on her money, as she’ll be using it to pay off her debts and for a deposit for a house with her new man.

The hilarious West Lothian singer, who had us all in stitches throughout the weeks in the South African villa, also hinted that she’d been unsure of whether to divide the prize with her new flame, Finn.

Speaking after her big win on the ITV2 reality show, Paige said: “That’s just Lewis, it comes as no surprise he said that.

“But I can’t give him any money because once I pay off my debts there’ll be nothing left.”

While Paige was sunning herself in Cape Town, megastar Lewis was having a successful time himself, picking up two Brit Awards last week for Best Single and and New Artist.

And while he was thanking the star-studded crowd at the 02, he finally revealed the inspiration behind worldwide hit single Someone You Loved was his late gran, not Paige, as had been rumoured.

Paige said: “Lewis has never told me what the songs were about so if he said it was about his nan, then it was.”

And, after showing off his shower singing skills in the contestant’s talent contest last week, Finn revealed he is up for meeting his girlfriend’s famous ex.

The footballer joked: “I’ve got a shower-singing album coming out and hopefully he’ll feature on a couple of tracks with me.

“I want to collaborate with him and win Best Newcomer at the Brits next year.

“I’ve never been in a situation where my girlfriend’s had such a high-profile ex. I wouldn’t say it was intimidating, I love his music and I’m a fan. I’m excited to meet him.”

The first series of a winter Love Island was overshadowed by the tragic death of Caroline Flack.

The 40-year-old had stepped down from the role after she was arrested following an alleged assault on her boyfriend Lewis Burton.

Finn said that the islanders were informed of the events just before the live final: “They wanted to tell us at the best time and the best way and we’re thankful they did that.

“We remember her fondly. We loved her as a fan watching it on telly over the past few series, that’s the relationship we had with her.”

Paige added: “Everybody knew how much she loved Love Island.

“It’s such a sensitive subject, we just send love to Caroline’s family.” 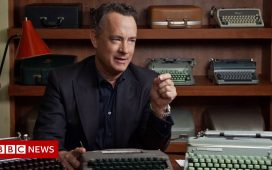 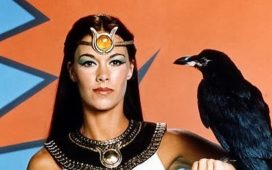 JoAnna Cameron, star of The Secrets of Isis, dies at the age of 70 after suffering stroke in Hawaii