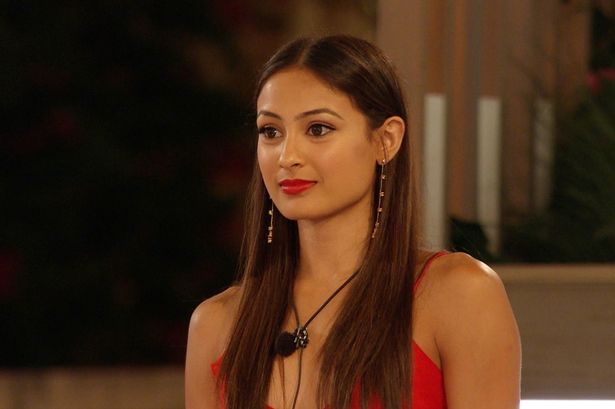 After just a few minutes of chatting to former Love Island contestant Priya Gopaldas, one thing is clear – the trainee doctor, who appeared on the popular dating show last summer, isn’t your typical reality TV star.

For a start, the 24-year-old fitness fanatic is more likely to be found in scrubs on an intensive care unit than she is in a bikini by the pool. And then there’s the fact Priya, who agreed to go on the show after she was approached by a TV producer who liked her Instagram posts, isn’t using her fledgling fame simply to build a personal brand. Instead, she wants to raise awareness of a condition she has been living with since her teens.

“Being on Love Island has given me a platform and I want to use that constructively,” says Priya, who has never spoken publicly about her own health struggles.

Priya’s issues began when she was just 14, after being hospitalised with pneumonia, which caused irreparable lung damage.

“I had this dreadful cough for about 18 months afterwards and I kept bringing up so much phlegm,” says Priya. “I was backwards and forwards to the doctor and was told three of four times that I had asthma.

“But the inhalers I was prescribed didn’t make any difference to my breathing. Luckily my father, who was a chemist, was incredibly persistent and kept pushing for more tests.”

Priya is a trainee doctor
(

She has a chronic lung condition
(

It was only after a CT scan when she was 15 that Priya was diagnosed with non-CF bronchiectasis. It is a chronic lung condition that affects 200,000 people in the UK according to the latest statistics from the British Lung Foundation (BLF).

It occurs when the main airways (bronchi) are damaged by severe infection, asthma or COPD and become inflamed by thick mucus which is difficult to clear.

This mucus can then get trapped and become infected. And when thishappens, someone might experience a flare-up, which normally occurs as a chest infection.

Although Priya admits her diagnosis was a shock, she feels lucky never to have been hospitalised with her symptoms, and she manages her condition well through diet and exercise.

She eats fresh fruit and vegetables every day to help ward off potential infections and also runs at least five times a week, covering between 10 to 20km on each run.

“Running has been a game-changer,” says Priya, who has completed several marathons and is training for an ultra-marathon in Sri Lanka next year. “If I don’t run for a couple of days, I start to feel my chest getting tight and mucus building up.”

She manages her condition through diet and exercise

She will also be running on behalf of the BLF at the Brighton Marathon in April, raising money to help fund the charity’s crucial telephone helplines, support groups and essential research.

Dr Andy Whittamore, clinical lead at the BLF and practising GP says: “Even simple exercise helps your body to make better use of the oxygen in your blood, meaning your lungs won’t have to work as hard. Being active also helps boost your immune system.”

He adds that exercise and breathing techniques are particularly important for people with bronchiectasis as they allow them to really use all of their lungs to stop mucus building up, and to prevent infection and he ­recommends working with a chest physiotherapist to learn techniques for clearing mucus.

Priya is very aware of her triggers and her limitations.

“For me, cold air is the one thing that is definitely guaranteed to cause an exacerbation of my condition, so I don’t go running in extremely cold weather and in the winter I always wear a scarf.”

Living in London’s King’s Cross, Priya likes to run in Regent’s Park, but to get there, she has to pass along Euston Road, one of the busiest roads in London.

“The air quality is ­absolutely dreadful and that makes me more vulnerable to infection,” explains Priya, who always breathes easier when visiting her parents in rural Hertfordshire.

Priya found fame during her time on Love Island
(

Ironically for Priya, who found fame on a dating show, having ­bronchiectasis can make new relationships more complicated.

“I have to explain the cough, which is constant, and often pretty ­uncontrollable. Then there’s the fact that I have to rush off and expel all the gunk I’m coughing up which isn’t great in a romantic scenario.”

Relationships aside, Covid has forced her to become far more open about her condition.

“When you’re working on a ward full of anxious patients, you simply have to explain why you’re coughing,” says Priya, who is training at University College Hospital in London.

Despite being identified as clinically vulnerable at the beginning of the pandemic, Priya made the decision totreat patients with coronavirus.

“I am very proactive about my illness and manage it really well, so it felt like my duty to help other people who were struggling with their breathing,” says Priya, who
decided to become a doctor after her bronchiectasis diagnosis.

“Because I look well and run marathons, my condition can be invisible, but bronchiectasis has a huge impact on my life.

“Living through a pandemic has made us all more aware of our respiratory health – it’s definitely time to talk about how we should look after our lungs.” 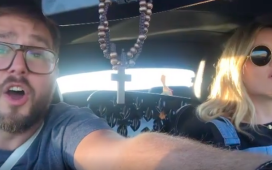 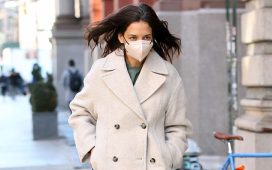 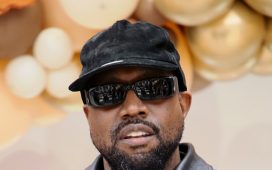 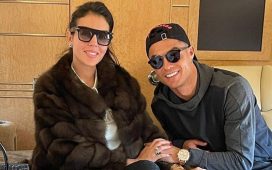 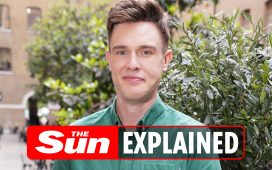