She’s divided fans with her treatment of Lucie Donlan.

Viewers took to Twitter in droves to slam Amy’s ‘sourpuss’ facial expression as she appeared to scowl after Joe selected Lucie, 21, once again. 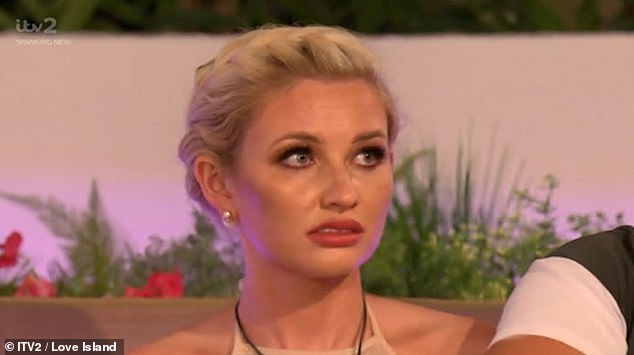 Shocking: Love Island fans turned on Amy Hart, 26, following Sunday’s re-coupling, after she failed to hide her anger at the news Lucie Donlan had been saved by Joe Garratt

As Joe gave the declaration about why he would be coupling up with Lucie again, it appeared that Amy was upset to see the pair would sticking around in the villa, and failed to crack a smile as they shared a kiss.

The common consensus among fans seemed to be that Lucie couldn’t do anything to please Amy, after she badmouthed her for preferring to hang out with the boys, before reprimanding the beauty for opting to stay with Joe.

A third posted: ‘What was with Amy’s sour puss face when Joe picked Lucie?! Honestly she just needs to let it go – Lucie isn’t a girlie girl! Get over it!!!’ 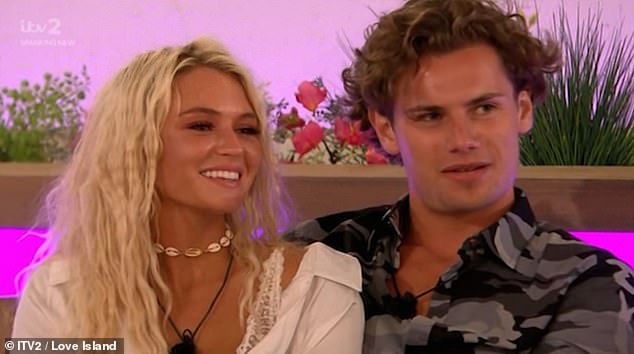 Together: Following a turbulent evening when Joe began to doubt whether he and Lucie were the right match, the sandwich maker bit the bullet and opted to stay with her 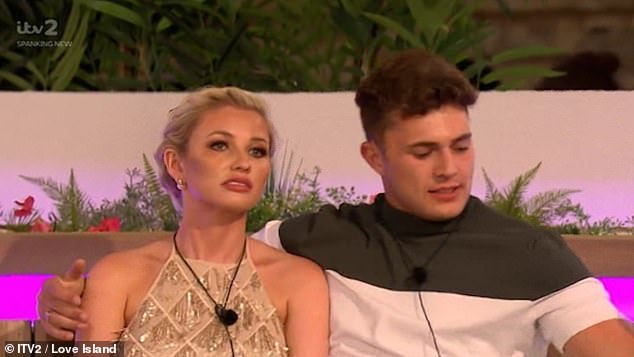 Raging: During Joe’s romantic declaration, Amy’s upset was clear as she sat with an unimpressed frown alongside partner Curtis Pritchard 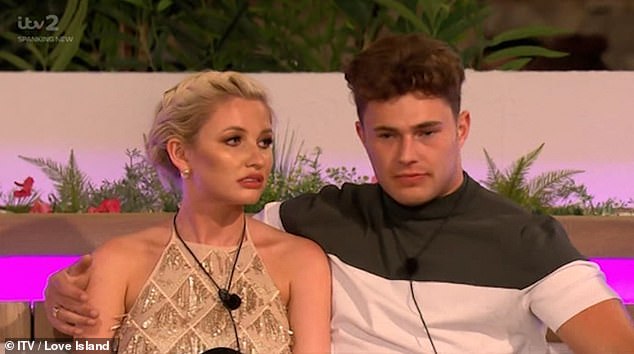 Upset: Amy failed to raise a smile throughout the speech, instead keeping an irritated expression 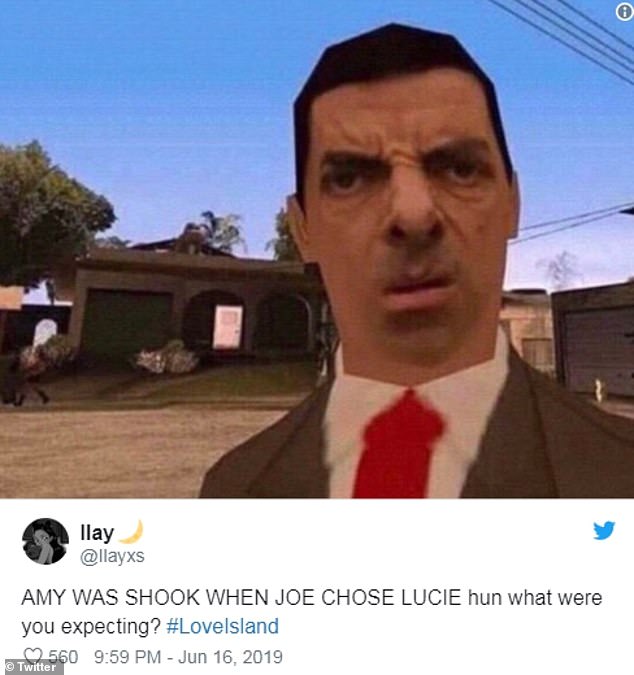 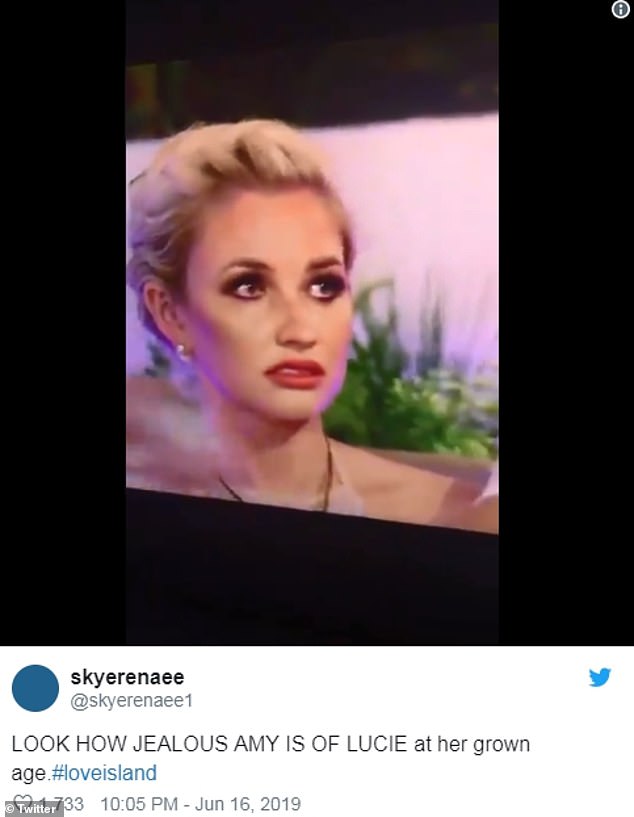 Fuming: Fans took to Twitter in droves to slam Amy for being a ‘sourpuss’ and ‘childish’ with plenty coming out in support of Lucie

Several fans were also quick to point out that Amy was being a ‘fake friend’ to Lucie, and pointed out that perhaps this was the reason why the surfer preferred hanging out with the boys.

One posted: ‘Here we will see Amy’s face when Joe picked her ”friend” Lucie. I wonder why she doesn’t feel like talking to you Amy. Genuinely escapes me hun.’

A second tweeted: ‘Amy honestly is the reason why girls like Lucie prefer to hang out with boys. She’s the fake friend that smiles to your face and is the first to talk s**t behind your back.’

Another posted: ‘The girls are b****y but Amy’s leading it all, she don’t like Lucie and she’s 100% manipulative. She’s turning everyone against her and she can see it’s making the poor girl miserable, then she’s turning on the tears for effect. 18+ acting 12, it’s a no from me.’ 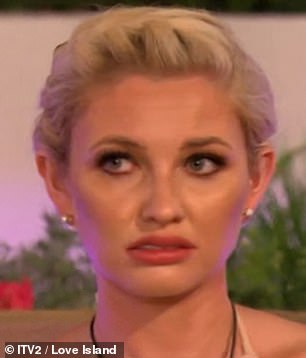 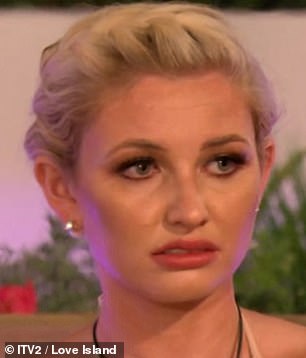 Irate: Amy failed to hide her disapproval as Joe opted to couple up with Lucie again, after spending days complaining that the surfer did not spend enough time with the girls 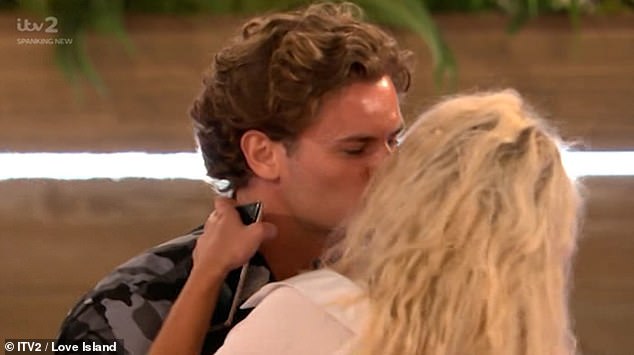 Together! Joe and Lucie shared a sweet kiss as they sat down after coupling up for the third time 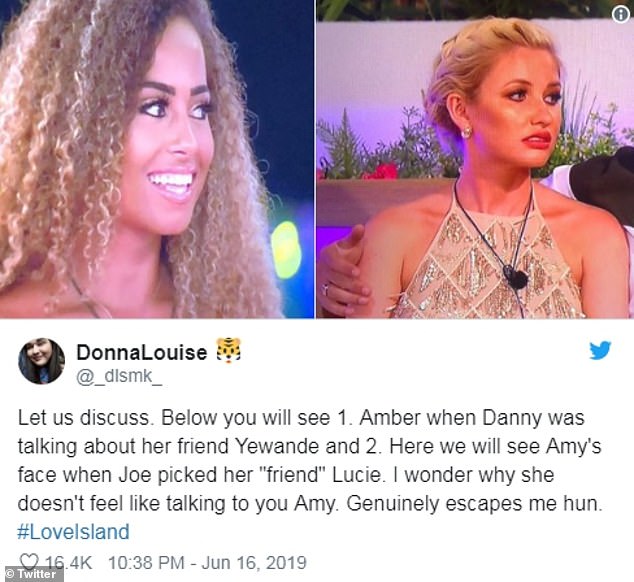 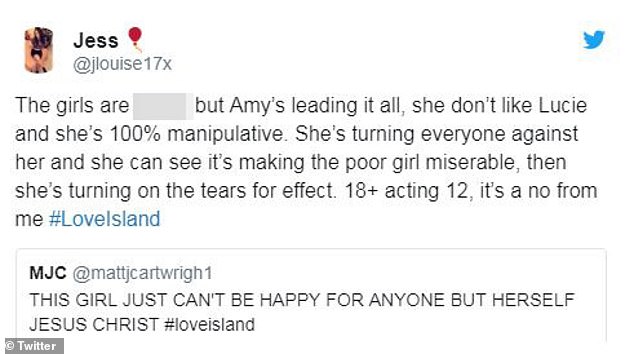 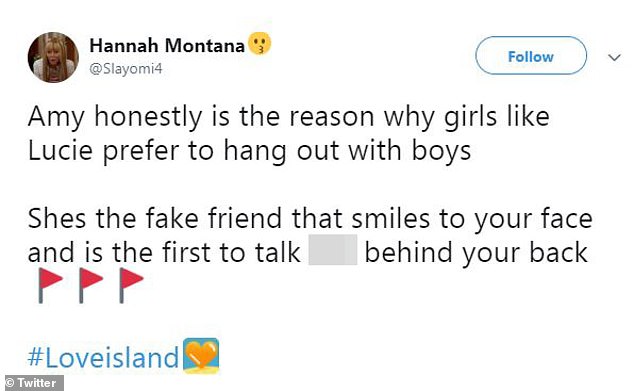 Seriously? Many fans also branded Amy a ‘fake friend’ for her behaviour towards Amy, after the surfer called her out for ‘badmouthing’ her to the other girls

For several days Amy has sparked concern with her treatment towards Lucie, after the stewardess pointed out that she never spent time with the other girls during Friday’s show.

In a chat to other girls Amy bemoaned: ‘Right so all the boys go off, we get some girl bonding time, what does she do? Go and put her gym gear on.’

After Lucie told Tommy that Amy had been ‘s******g her off to the new girls,’ the pair attempted to patch things up, but a question still hunk over the state of their friendship. 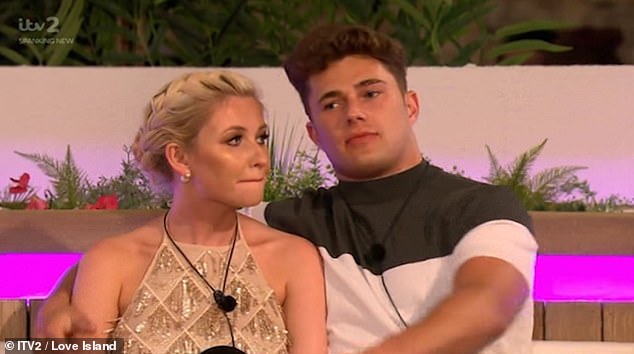 Annoyed: Amy had also previously complained that Lucie ‘stole her thunder’, going exclusive with Joe the same day she was asked to be Curtis Pritchard’s ‘half-girlfriend’ 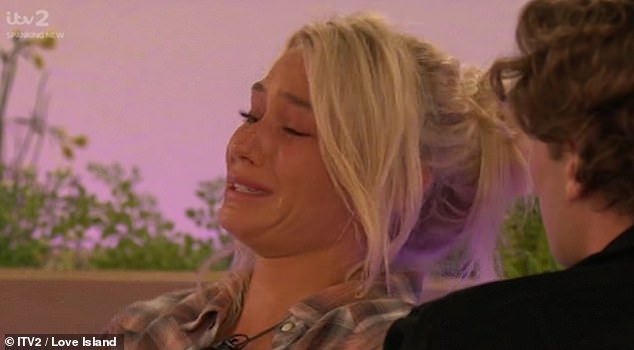 Too much: Ahead of the recoupling Lucie broke down in tears, telling Joe she ‘couldn’t be bothered’ with the friendship politics

While Amy has tried to justify her side of things by claiming she was worried about Joe’s influence over her, fans aren’t so convinced.

And this came just days after Amy had complained that Lucie ‘stole her thunder’ by going exclusive with Joe on the same day Curtis Pritchard had asked her to be his ‘half-girlfriend.’

Sadly the pressure proved to be too much for Lucie ahead of the recoupling, as she broke down in tears after being told by both Joe she should get closer to the girls, as his jealousy grew around her platonic relationship with Tommy Fury.

The emotional blonde lamented she ‘couldn’t be bothered’ with the friendship politics in the Mallorcan villa anymore.

But unable to accept this, Joe later told his fellow islanders he hoped she ‘woke up and changes’ her behaviour. 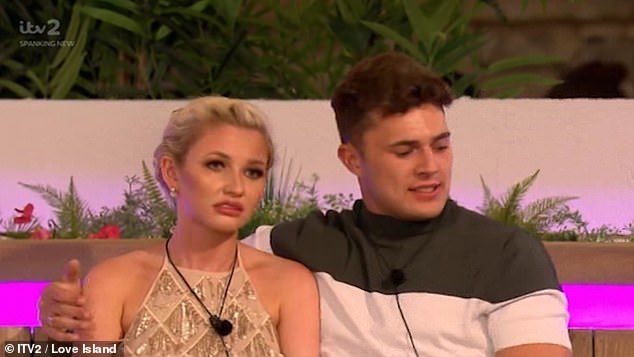 Back soon: Love Island continues on Monday 17th June at 9pm on ITV2

Mother of George Floyd's 6-Year-Old Daughter Speaks Out: "He Will Never Walk Her Down the Aisle" 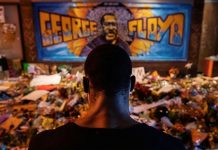