JAKARTA (THE JAKARTA POST/ASIA NEWS NETWORK) -For sure, 2020 is a year we would all like to forget. The Covid-19 pandemic has taken more than 1.75 million lives around the world, more than 20,000 Indonesians among them, and the fear it has caused has cast a pall over the world.

We can draw some comfort from images of communities coming together to help each other through this crisis through individual and collective acts of kindness and charity, and hope that that spirit outlives the pandemic.

Covid-19 has had a devastating economic and financial impact, too. As people retreated from normal routines and isolated to protect themselves from infection – at times encouraged by government “lockdowns” or social distancing regulations – economic activity plummeted.

Globally, 2020 was the worst year in living memory in economic terms.

In Indonesia, the economy experienced a contraction in real gross domestic product (GDP) for the first time since 1998. We expect it to shrink by 2 per cent.

The recession would have been much worse had it not been for the swift action of the government and central bank to put in place the necessary public health policies and financial policies to support particularly those most affected by the recession.

And because they did, the damage to the economy was far less than in its neighbour. As the virus spread early this year and social distancing practices took effect, the government removed the restrictions on government finances that might have prevented it from responding.

By April, the policy response was being put into effect with targeted support for those most affected by the crisis.

The rollout of the reemployment card was brought forward to provide training for nearly 5 million people.

After plunging by more than 7 per cent in the first half of the year, the economy recovered nearly half that loss in Q3, supported by the largest quarterly rise in government consumption expenditure in 15 years.

But economic activity remains well below its potential and indicators suggest that the growth momentum has slowed since Q3; growth in retail sales and imports of consumer goods have fallen anew in recent months.

It’s clearly too early to declare the end of the economic crisis just as it is too soon to declare victory over the virus.

It is of course encouraging that vaccines are beginning to be approved for broader use – the pharmaceutical industry has responded in record time to the emergence of a new virus – but it will take six months or more to vaccinate enough people in the more advanced economies that social distancing policies can be relaxed, and experts warn that it could take two years or more for some developing countries to achieve the same progress.

Indonesia may not have to wait that long – the country has already received a delivery of some vaccines from China and is well prepared to acquire more next year. But we think it will be a year or so before Indonesia can put Covid-19 behind it.

That means that as we look into 2021, we see an economy likely to grow more slowly than what we had become used to in the pre-Covid decade.

Mobility indicators suggest that people remain reluctant to return to normal patterns of behaviour – which is perfectly understandable as the number of cases continues to rise and vaccines may not be widely available for many more months.

The government, anticipating that the economy will continue to need support, is expecting to run at a deficit of 5.7 per cent of GDP next year.

That’s a lot lower than the 6.7 per cent we expect for this year and implies a slower pace of expenditure growth – albeit still well above overall aggregate demand growth.

It is the right thing to do – to gradually withdraw the stimulus that has been provided as private sector demand recovers.

But with vaccines even in advanced economies unlikely to be widely taken before mid-year, we think it means a slow recovery over the next couple of quarters.

Exports should provide a strong boost to GDP growth from about mid-year as the United States and EU economies respond to the end of social distancing practices and hopefully, household spending in Indonesia follows quickly.

Our expectation, though, is of a GDP growth of about 4 per cent next year rising to 4.5 per cent in 2022, as the government begins more urgently to reduce its deficit that year in anticipation of bringing the deficit down to 3 per cent in 2023.

With fiscal policy providing less support to the economy and growth likely to remain relatively weak, we think the central bank will continue to be called upon to provide stimulus. Inflation is expected to remain well below BI’s target through the first half of next year, and with the current account having returned to surplus, the rupiah is likely to be stable if not stronger against the US dollar.

This will allow BI to cut rates perhaps twice in the first quarter of next year. Somewhat more controversially, BI will continue to aid in the financing of the government deficit. While it may be lower as a share of GDP, the deficit will again exceed Rp 1 quadrillion (S$94 billion) next year, an unusually large financing burden.

The government has been able to finance itself this year, even with the retreat of foreign investors from the bond market for much of the year, thanks to central bank purchases of bonds and banks’ demand for safe assets.

Even without the formal burden-sharing agreement by which BI bought government bonds through private placements, BI will continue to provide an important backstop to the bond market in 2021 in case private investors are not willing to take on as many bonds as the government offers.

We expect foreign investors will return to the domestic bond market – US$10 billion (S$13 billion) in net inflows is a reasonable forecast – which means BI and Indonesian banks would not have to increase their government bond holdings as much as they did this year.

But make no mistake, managing the government’s enlarged deficit and debt will continue to be a significant policy challenge for some years.

It will be important, therefore, that the government transition quickly from Covid-19 emergency stimulus back to the forward-looking policy stance of 2019.

Labour market reforms, an easing of administrative burdens on investors and a resumption of infrastructure investments will be important signals to investors that Indonesia remains a high-growth and – from 2023 – low-deficit country that will attract foreign capital.

The opportunities for investors go much further than the bond market, of course.

US president-elect Joe Biden may use less intemperate language than US President Donald Trump in his dealings with China, but the objectives of US policy – to reduce reliance on supply chains through China, especially for sensitive electronic and medical equipment – will remain.

With its large domestic consumer base and workforce and important investments in recent years in transportation and power infrastructure, we think Indonesia could be a very important beneficiary from this restructuring of manufacturing in the region.

While for much of 2021 Covid-19 will continue to preoccupy investors, as we look into 2022 and to a properly post-pandemic economy, we think Indonesia will remain an attractive destination for investors.

Improvements in the business climate, investments in supportive infrastructure and an economic policymaking team that has shepherded Indonesia through this global crisis remarkably well are all important advantages on top of the inherent strengths offered by its natural resource base and large, young population.

The writer is Deutsche Bank’s Asia Pacific chief economist. The Jakarta Post is a member of The Straits Times media partner Asia News Network, an alliance of 23 news media organisations. 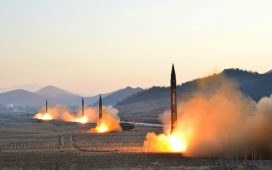 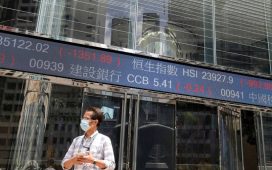 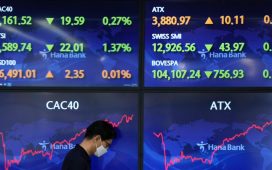 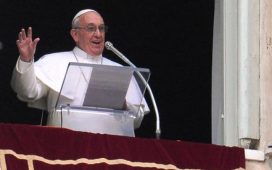 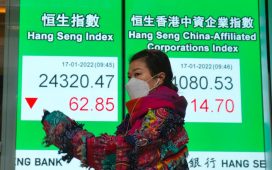