A “significant” number of people will require long-term aftercare such as the physiotherapy and speech therapy being received by Derek Draper after a year in intensive care following Covid, a leading doctor has said.

On Friday, it was revealed that Draper, the former political adviser and the husband of ITV presenter Kate Garraway, has been taken off support machines and returned home after a year in intensive care – but will receive 24-hour care at the couple’s newly adapted north London home.

“It does feel a little bit like the hospital has come home with me at the moment,” Garraway said, referring to the team of healthcare professionals in her house.

In a documentary last month, Garraway told of the slow road to recovery since Draper, 53, was admitted to hospital with coronavirus in March 2020 before being put in a coma. “He’s using more words, and there are more things that he can do now,” she said. “He’s got some more movement in his hands, he can show emotion. But it felt as though everything had stalled medically and if anything was going slightly back.”

Dr Carl Waldmann, the former dean of Faculty of Intensive Care Medicine, who is leading a project on coronavirus aftercare, said the number in need of it would be “significant … not just like Kate [Garraway’s] husband Derek but a lot of people who cannot get back to work”.

“There is funding to run these long Covid clinics but there is no defined funding for intensive care unit follow-up clinics,” he told the Guardian. “But hospitals are all developing their own models. We are hoping to create a uniform structure. At the moment only some intensive care units provide the service or ensure patient access to service and get follow-up.”

Waldmann said 200,000 patients were admitted to intensive care each year; 20% die and a further 10,000 to 15,000 die within the first year of discharge. He said that 30-40% require a recovery pathway such as physiotherapy or other support. Given the surge in critical care admissions during the pandemic, the numbers in this position were likely to run into the tens of thousands.

Waldmann said to have spent such a long time in critical care, as in Draper’s experience, was an “extreme case” and “very rare”. “The fact is for years patients very ill in intensive care on ventilators often get a prolonged recovery called post-intensive care syndrome. What that means is anything related to the critical illness side, physical or psychological,” he said.

“You might have someone in for two to three months and they are coming off a ventilator and are not ready to go home so they would go to a rehab ward … and be kept on ventilation at night but need long-term care but that happens in a small percentage who come to intensive care unit,” he said.

Waldmann added that patients not necessarily in intensive care were also experiencing after-effects from Covid including brain fog, memory loss and physical problems such as muscle weakness, as well as problems associated with having pneumonia.

Thirty-two MPs and 33 peers signed a letter urging Boris Johnson to give greater priority to the potential harm posed by long Covid following the Office for National Statistics’ finding that an estimated 1.1 million people are suffering its effects – far more than previously thought. 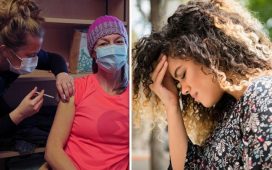 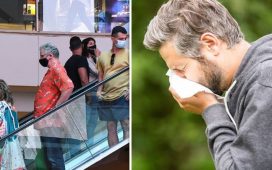 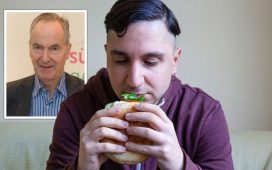 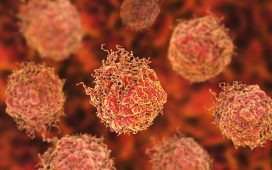 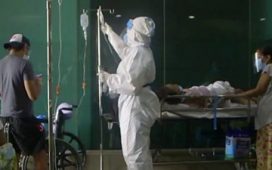