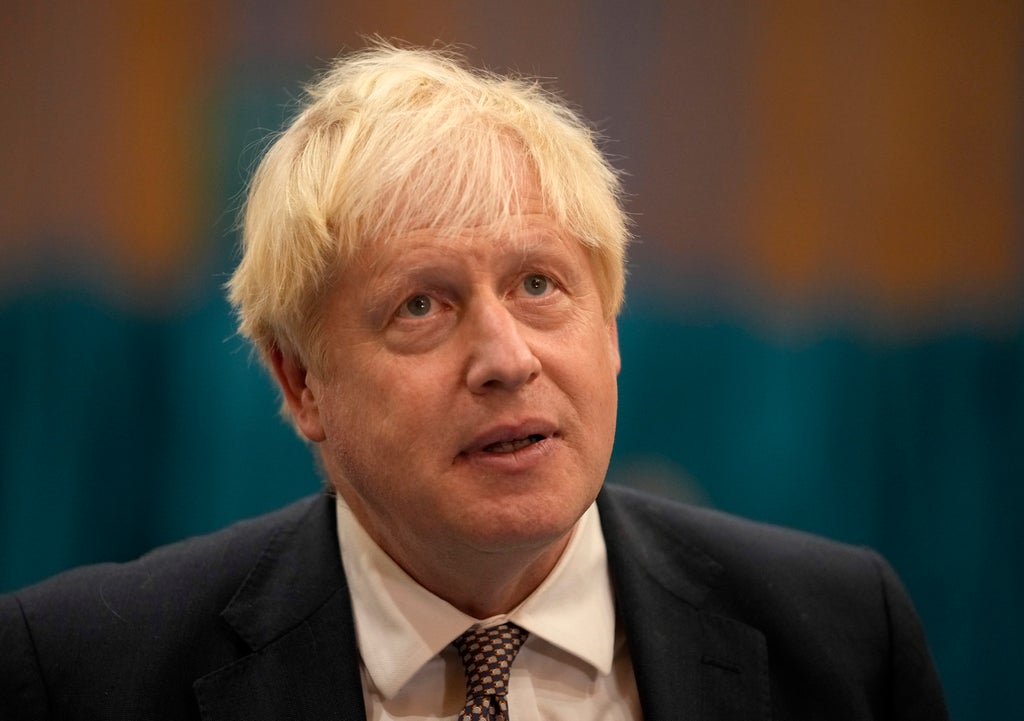 ondon business chiefs have implored Boris Johnson to take any steps necessary to avoid the “disaster” of a new work-from-home order that would cripple the capital’s recovering economy in the run-up to Christmas.

This has sent a shudder of fear through businesses in the West End and the City — particularly in the hospitality and retail sectors — just beginning to see levels of activity finally approach pre-pandemic normality.

Employers say they would rather see enforcement of mask-wearing on public transport, a stepping-up of the vaccination programme in schools, and a more rapid roll-out of booster jabs so that work-from-home advice can be averted.

Catherine McGuinness, policy chair of the City of London Corporation, said: “The Square Mile’s streets have been buzzing again and it’s common to see queues spilling out of cafes and restaurants as people grab their lunch or meet after work.

“A return to working from home would set this back and would be extremely disappointing.

“Of course the virus has not gone away, but we can learn to live with it better. Other countries are managing that. Everyone should act responsibly, getting the vaccine and any booster as soon as possible, wearing masks in crowded spaces, and testing regularly.

“It is vital that London’s economy thrives to underpin a strong sustainable recovery and help pay for the vast amount of support provided since the pandemic began.”

Jace Tyrrell, chief executive of the New West End Company, said: “Confidence is just starting to build, we had just seen 70 per cent footfall in the West End for a full week for the first time since the start of the pandemic. But it’s all so fragile and precarious still. Balance sheets are still absolutely battered.

“We need our office workers back and doing what they do best in the run-up to Christmas but the Government needs to strengthen the message on masks.”

Restaurateur Leonid Shutov, who will reopen Bob Bob Ricard in the City’s Cheesegrater building on Tuesday after more than 18 months of closure, said: “Any measures like a work from home rule would be absolutely disastrous, we need to be learning to live with the virus.

“We would like to see anything and everything done to make it safe for society — and particularly the most vulnerable — that avoids having to shut society down and life itself.

“We can live with rules and regulations and requirements that are sensible, what we can’t live with is if London shuts down for another year. How could we survive, how could we provide the jobs that are needed?”

Health Secretary Sajid Javid has played down concerns about an imminent activation of Plan B after the number of daily confirmed Covid-19 cases dipped below 40,000 yesterday. “The facts right now are that we don’t think the data requires us to move to Plan B,” he told LBC Radio.

Pressed on whether he thinks Christmas is “safe”, he said: “It is as long as we do what we all need to do, everyone’s got a role to play in this. We all want a fantastic Christmas and we can ensure that by getting out there and getting our vaccines.”

He said people will be allowed to book, though not have, their booster jab before six months is up from their second dose, as part of moves to speed up the latest round of jabs.

“At the moment the booking system does not allow you to book until you hit six months and one week and I think that needs to be changed, and we’re in the process of changing that so I want to allow people to book early,” he told ITV’s Good Morning Britain.

Mr Javid, left, also said he will wear a mask in the Commons chamber on Budget Day on Wednesday because it will be crowded.