Locked In: Breaking the Silence review – life-affirming story of a devastating illness


A neurological horror story lies at the centre of Xavier Alford’s chilling, stoic and finally revitalising documentary, part of the BBC Storyville strand. Guillain-Barré syndrome is a rare condition that can strike without warning, where the immune system attacks the nerves, sometimes leaving the victim completely paralysed. “A passenger in your own body” or “a weird wormhole – you dream all the time” is how one person interviewed sums it up – though he subsequently recovers.

But director Alford has to suffer a second horror: knowing his fate. In his case, Guillain-Barré syndrome is progressive over many years, palsying the outer extremities first – we first see him struggling to grasp his camera. Being, as one clinician points out, “the sort of person who wants to know”, Alford resolves to learn as much as possible about what awaits him. In what is obviously a therapeutic quest, he spends the film meeting other people in different phases of this chronic neuropathy.

At one point he confronts the worst-case scenario: a patient called Rob, who loses even the ability to communicate with his left eyelid, and has his life support switched off. His wife, while being told it is just a “medical decision” for which she bears no responsibility, is effectively asked to agree that it is what he would have wanted.

Though the case studies are interesting, Alford’s film becomes truly illuminating as he probes this ethical territory in his own life. What is the level of responsibility he has the right to expect of his wife Anna and children – and his own obligations to communicate his inner experience to them? The film makes this possible for him, but his other half – virtually refusing to appear on camera – questions if this is appropriate. Who can say? What’s certain is that this bleak, patient inquest is relevant far beyond one rare syndrome.

• Released on 30 November on BFI Player. 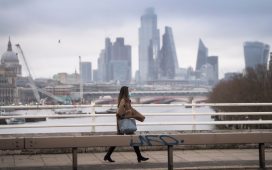 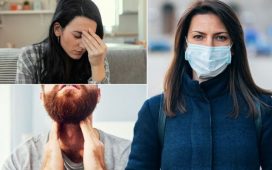 Cash injection: could we cure all disease with a trillion dollars? 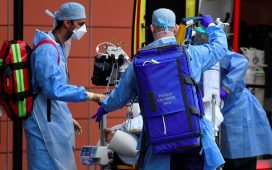