The January transfer window has been open for over a week and Liverpool are still yet to act despite Mohamed Salah, Sadio Mane and Naby Keita all heading off to the AFCON 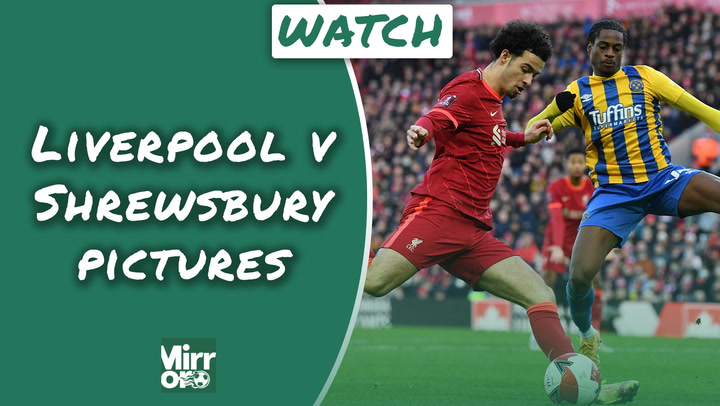 Liverpool cruised into the fourth round of the FA Cup despite an early scare from Shrewsbury Town, as goals from Kaide Gordon, Roberto Firmino and a double from Fabinho helped the Reds to a 4-1 victory on Sunday.

It was a routine win at Anfield but it was an unfamiliar sight as Mohamed Salah, Sadio Mane and Naby Keita were all absent as the Africa Cup of Nations has now started in Cameroon.

Their departures have left Liverpool light in both midfield and attack, and following injuries to back-up options Takumi Minamino and Divock Origi, their options are even more limited.

With Liverpool also trailing Manchester City by 11 points in the Premier League, they may have to turn to the transfer market if they wish to keep chase with Pep Guardiola’s side, although no deals have materialised thus far.

Ibrahima Konate was Jurgen Klopp’s only summer signing which has teased fans that it may be a busier January, and with director Michael Edwards leaving at the end of the season, he has one final window to leave his mark.

Here Mirror Football brings you all the latest surrounding transfers at Liverpool.

Yves Bissouma is on Liverpool’s radar
(

Liverpool are amongst a whole host of Premier League clubs that are interested in signing Brighton’s Yves Bissouma, and the Seagulls have named their price should anyone look to secure his services.

According to The Athletic, Liverpool or any other side will have to pay £50million for the Malian midfielder, who remains a serious target for the Reds.

Bissouma has impressed since signing for Brighton back in 2018, and his recent display against Chelsea at Stamford Bridge has only heaped further interest on the 25-year-old.

Brighton have reiterated that they are under no pressure to sell the midfielder, and that they will only consider a deal should any club meet their valuation.

Divock Origi will not be leaving Liverpool in January

Divock Origi has looked set to leave Liverpool for some time now, but Klopp could offer the Belgian a new deal after a swift change of heart.

Origi’s contract expires next summer and the original conundrum was to decide whether to sell the star in January or allow him to leave for free at the end of the season, but Klopp has reportedly stated that Liverpool will block any approaches they receive this month.

In another potential turn of events though, a new deal hasn’t been ruled out, and due to Origi’s influence this season following on from some huge moments at Anfield, Klopp may decide to offer the Belgian an extension.

Clubs from Serie A and the Bundesliga are understood to have made approaches for Origi this month, and Newcastle were also interested, but it appears at least for now that his future remains at Anfield.

Caoimhin Kelleher has been advised to head out on loan
(

Caoimhin Kelleher has been a rather consistent starter for Liverpool in the last few weeks, due to the absence of Alisson Becker through Covid.

The young goalkeeper is highly rated at Liverpool, and his impressive display during their 2-2 draw against Chelsea proved that the 23-year-old could be the real deal in years to come.

Despite the fact that Liverpool remain in every competition, compatriot and former Premier League ace Shay Given has advised Kelleher to head out on loan for the benefit of his career.

Given told Premier Sports: “Even from a Liverpool point of view, they need to get him out playing, get him that experience, then bring him back and get him challenging Alisson.

“If it was me, I’d be knocking Klopp’s door down, I really would. I’d be saying that I need to go out on loan, go and play. January is a time to do that, I’d be on to my agent and manager to get me playing games.

“I think for all parties concerned the best thing would be to go on loan. I think he’s good enough to play in the first team, he’s a really good goalkeeper. I think he wants to show people that.”